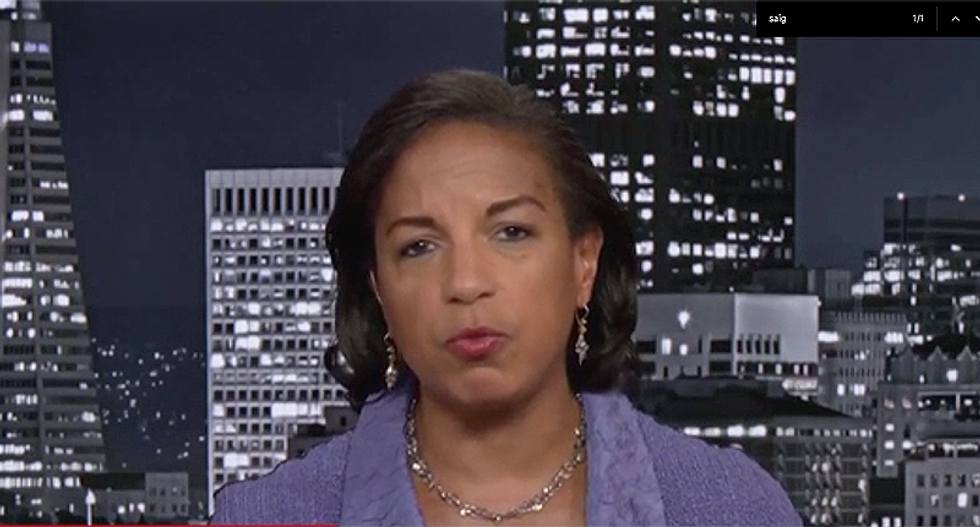 Former national security advisor to President Barack Obama, Susan Rice, said that it's clear that President Donald Trump has made such a significant blunder on Syria that it's on par with the fall of Saigon in the Vietnam War.

"Let’s talk about what’s happening now in Syria," said MSNBC substitute host Joy Reid. Rice was appearing on MSNBC to promote her recent book about her life and professional career.

"What do you make of the fact Donald Trump has a phone call with the autocrat from Turkey and suddenly yanks U.S. troops out?" asked Reid. "He does have financial interests in Turkey. We know he has a personal interest there. What do you make of that decision, and how would that impact our national security? We know that ISIS was at least in some camps where they seemed to have disappeared."

Rice said that the mistakes Trump has made have implications that are "nothing short from a strategic catastrophe."

"It’s just incredible," Rice continued. "This is the equivalent of Donald Trump's Saigon. We have American forces scrambling to get out of harm's way now in Syria. We have ISIS with no pressure on it and tens of thousands of prisoners potentially -- and family members -- able to escape should they be able to."

Meanwhile, the Kurds, who have fought alongside the United States, "and died for us and our partners," are under attack by Turkey. She noted that it's clear they've "been betrayed."

"They lost 11,000 men and women in combat," Rice said of the Kurds. "And we just threw them under the bus, sending a message to any potential ally around the world, thought our constancy, our word is something they can’t count on from one day to the next. And we have given a strategic victory to Assad, the Russians and Iran who are now moving into that territory which they have been denied because of our presence and the presence of the Kurds. So, this could not be more of a screw-up and more detrimental to our national security than it already is."