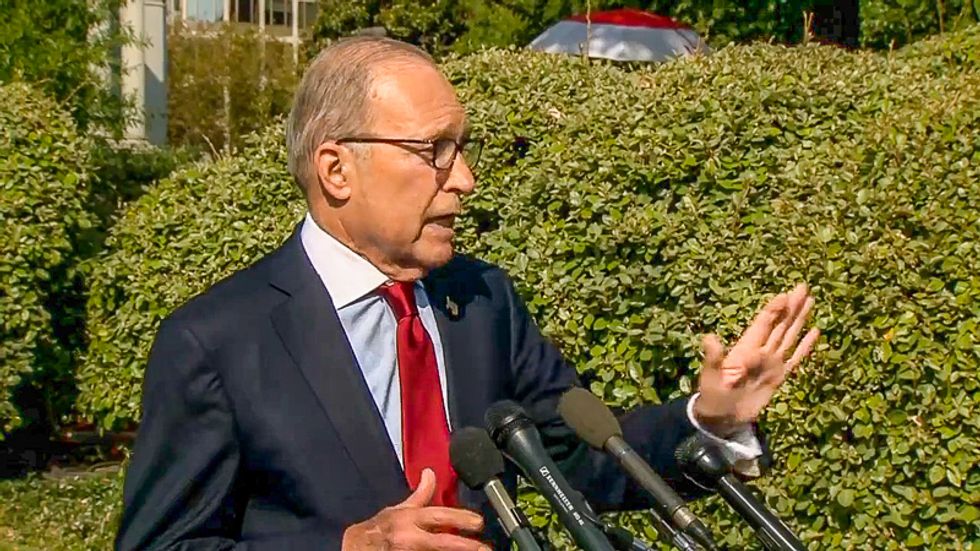 Director of the United States National Economic Council Larry Kudlow said on Monday that he was not sure if President Donald Trump is serious about having China investigate Joe Biden and his son.

Speaker to reporters outside the White House, Kudlow was reportedly asked about Trump's recent call for China to investigate his political rival.

"I honestly don't know," Kudlow said when asked if Trump was serious.

Kudlow later became frantic when he was pressed on Trump's obsession with having Joe Biden investigated.

"How can you delink the trade negotiations from the president's public call for China to investigate the Bidens?" NBC's Kristen Welker wondered.

"I -- uh -- you know, I'll let the president answer that," he stuttered. "He's taken that question and said there's not linkage whatsoever."

"How does it impact your talks, are you concerned it will?" the reporter pressed.

"I guarantee you there will be no linkage," Kudlow snapped.