Even Republicans are 'shell shocked' and realize Trump is 'not in control of himself': CNN reporter 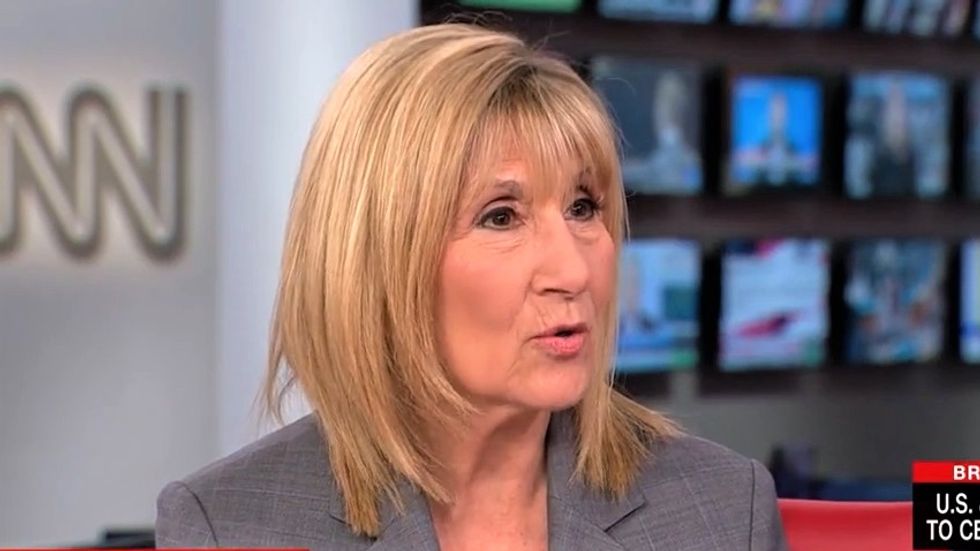 CNN special correspondent Jamie Gangel said on Thursday that one of her Republican sources tells her that many lawmakers within the party were in a state of shock after President Donald Trump had a meltdown during a White House meeting on Wednesday afternoon.

During an interview with host Brooke Baldwin, Gangel described a real sense of horror among some GOP lawmakers who witnessed the president throwing a tantrum at House Speaker Nancy Pelosi (D-CA).

"We've spoken to a Republican source who was in the room and I'm told that they were alarmed at his demeanor," she said. "Everyone left completely shaken, shell shocked. He is not in control of himself. It is all yelling and screaming."

Gangel says that she then asked her source if Trump's behavior was getting worse -- and the source replied, "100 percent."

"The source went on to talk to other senior Republicans in the meeting, they were also shaken up," she said. "One used the word 'sickened.'"