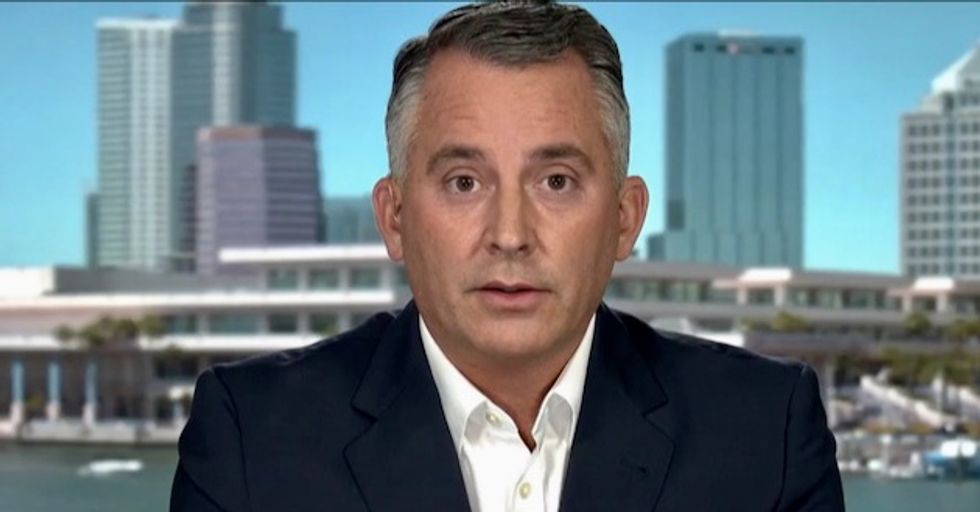 "David Jolly, I remember the scene in 'The Thomas Crown Affair' where they’ve all got the hats on, and you don’t know where the real one," said anchor Nicolle Wallace. "This does have this feel of information and suspects and suspicious conduct, suspicious packages moving around with lightning speed."

"I think that the House Democrats should expand their impeachment inquiry to include not just the president, but the secretary of state, the OMB director, the vice president, and the attorney general," continued Jolly. "That does not mean that it would lead to impeachment charges against each one of them. But we see enough information coming out of state that Pompeo knew what was going on and is probably protecting Giuliani."

"It’s an unbelievable statement," said Wallace. "You think the inquiry would allow them to sharpen their investigative tools, I’m guessing?"

"Yes," said Jolly. "We know AG Barr was traveling the world getting intel relating to this, and it all points back to Ukraine. We know the president’s conduct, we know Pompeo was on the call. Who knew what, when, is going to expand beyond the Oval Office, and I think it’s worth investigating whether it results in impeachment articles against senior officials other than the president or not."