Ex-Trump aide suggests Turkey is blackmailing Trump: 'He is doing this for himself' 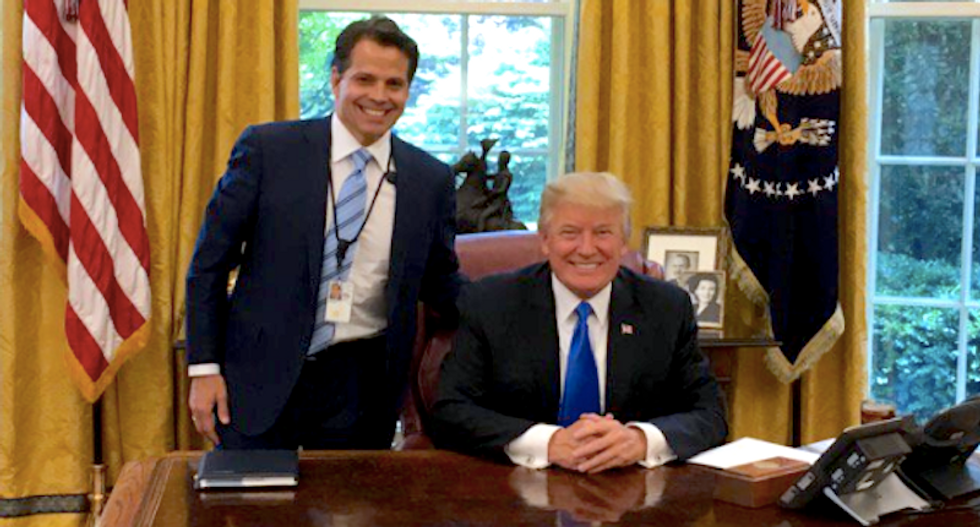 "If media reports are accurate and Turkey has entered northern Syria — a disaster is in the making," Sen. Lindsey Graham R-SC) tweeted Wednesday. "Pray for our Kurdish allies who have been shamelessly abandoned by the Trump administration. This move ensures the reemergence of ISIS."

Scaramucci suggested that Graham, who chairs the Senate Judiciary Committee, should launch an investigation into what motivated Trump to withdraw U.S. troops from Syria.

"Ask yourself Graham, what do they have on Trump?" Scaramucci asked.

"It isn’t just the tower in Turkey," he suggested.

"He has no ideology or care for anyone. He is doing this for himself. Find out why. . ." Scaramucci suggested.

Ask yourself @LindseyGrahamSC what do they have on @realDonaldTrump? It isn’t just the tower in Turkey. He has no i… https://t.co/EBIjG1efya
— Anthony Scaramucci (@Anthony Scaramucci)1570646289.0