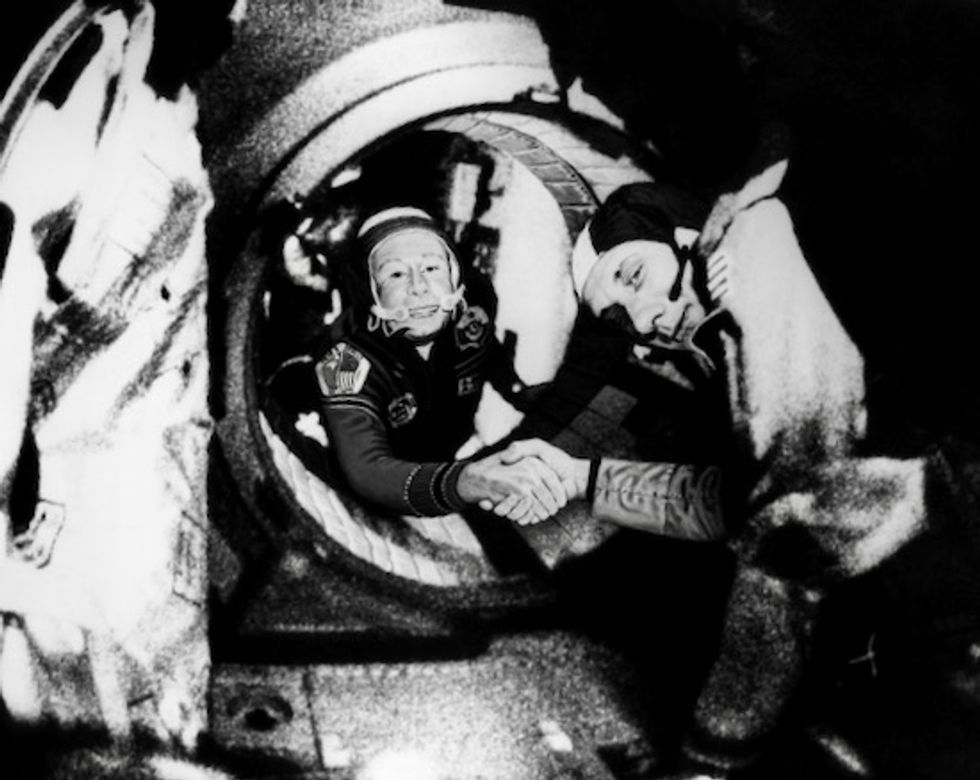 Alexei Leonov, a Soviet-era cosmonaut who was the first man to conduct a spacewalk in 1965, died in Moscow on Friday aged 85 after a long illness.

The Russian space agency Roscosmos said it was saddened to announce the death of "cosmonaut No 11" who was twice decorated with the country's top honour, the Hero of the Soviet Union.

Leonov was a close friend of Yury Gagarin, who became the first human to go to outer space in 1961.

Four years later Leonov made history when he left a spacecraft during the Voskhod 2 mission for a spacewalk that lasted 12 minutes and nine seconds.

The flight and spacewalk were successful on the whole but his return to Earth nearly ended in tragedy when Leonov and another cosmonaut, Pavel Belyayev, crash-landed in Siberian woods.

"It's a huge tragedy for us all," said the wife of cosmonaut Boris Volynov, Tamara Volynova, who wrote a book about cosmonauts.

"Alexei is a unique person," she told AFP.