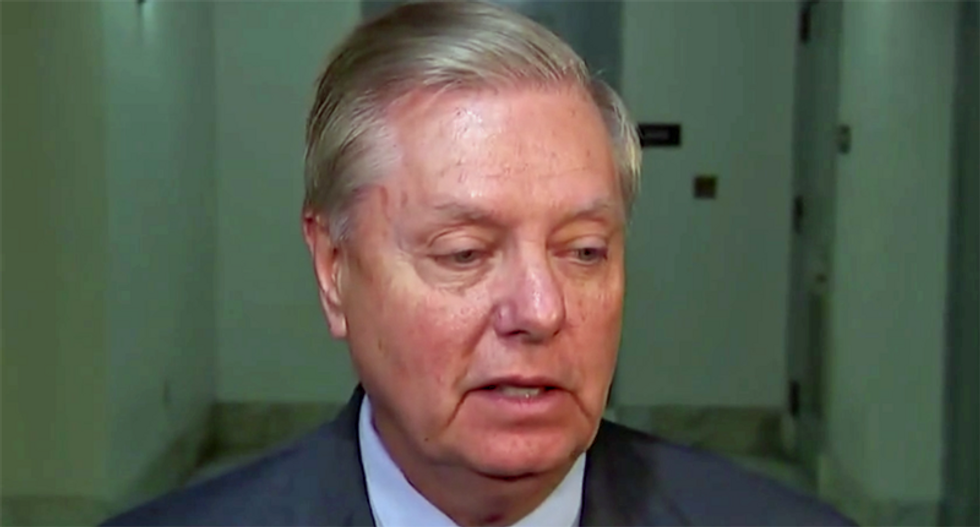 On Saturday's edition of MSNBC's "AM Joy," national security journalist Natasha Bertrand told host Ayman Mohyeldin that the momentum is on Democrats' side in the House impeachment proceedings — and that the endless parade of officials willing to testify could ultimately threaten Republican resolve to shield President Donald Trump.

"Let's start with the latest developments on the impeachment probe," said Mohyeldin. "Some key testimonies coming in. How have they tipped balance in terms of where the investigators want to take this investigation?"

"I think it's made it really hard for Democrats to come up with any kind of timeline here about when they want to start actually writing the articles of impeachment, because they've been so pleasantly surprised by the amount of testimony they've gotten from current administration officials in defiance of the Pentagon, the White House and the State Department, who have ordered them not to testify," said Bertrand. "So Democrats are really just compiling all of this evidence to use when they do start having these public hearings, when they do start writing the articles."

"I think [Ukrainian envoy] Bill Taylor's testimony this last week really tipped things over the edge," continued Bertrand. "You see Republicans complaining a lot about the process, but you really don't see that many of them defending the president on the substance of this, and that's because it's very difficult for them to dispute the things that a career diplomat, Bill Taylor, said during his testimony during a lengthy opening statement in which he detailed in extreme detail all of the things that he had pretty much been taking notes on for the last, you know, eight or nine months with regard to the Ukraine scandal outlining how the president had basically ordered military aid to Ukraine to be stopped in favor of these political investigations, so it's becoming increasingly difficult for the Republicans I think to defend this president."

"That's why you saw Lindsey Graham come out and condemn the impeachment inquiry," added Bertrand. "Because he was being so pressured by the House to just do something, and obviously it's becoming more and more unsustainable for the Republicans to stand by in all of this because of the amount of officials that are just defying the administration and going to Capitol Hill to testify."