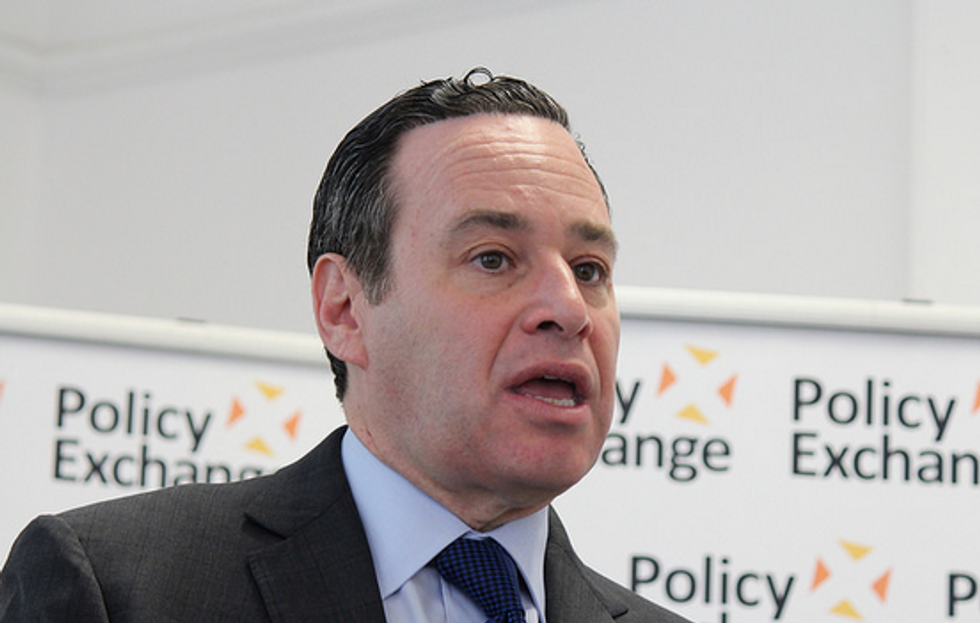 "Turkey never believed that: that's why they asked Trump's permission to invade," he said. "All he had to do was say No. He said, Yes. Why? All the plausible answers are corrupt."

New Trumpist talking point: the only way to stop Turkey massacre of Kurds is to go to war against Turkey. But Turke… https://t.co/zyUUIdiEV8
— David Frum (@David Frum)1570990651.0

"This unfolding humanitarian catastrophe was completely foreseeable," he emailed back. "The U.S. green-lighted it," Retired Gen. John Allen told CNN's Jake Tapper on Sunday. "There was no chance Erdogan would keep his promise, and full-blown ethnic cleansing is underway by Turkish-supported militias. This is what happens when Trump follows his instincts and because of his alignment with autocrats. I said there would be blood, but could not have imagined this outcome. There is blood on Trump's hands for abandoning our Kurdish allies."

Allen went on to say that the $50 million in aide from Trump is "hollow" because it's unclear where it will actually go. Turkey is too busy trying to kill the people the aid is supposed to go to, and Syria's President Bashar al-Assad is too corrupt to ensure the funds would get to the people intended.

You can read Tapper's Twitter thread quoting Allen below:

2/ More Allen: "There was no chance Erdogan would keep his promise, and full blown ethnic cleansing is underway by… https://t.co/kaDAxN2hyr
— Jake Tapper (@Jake Tapper)1570993307.0