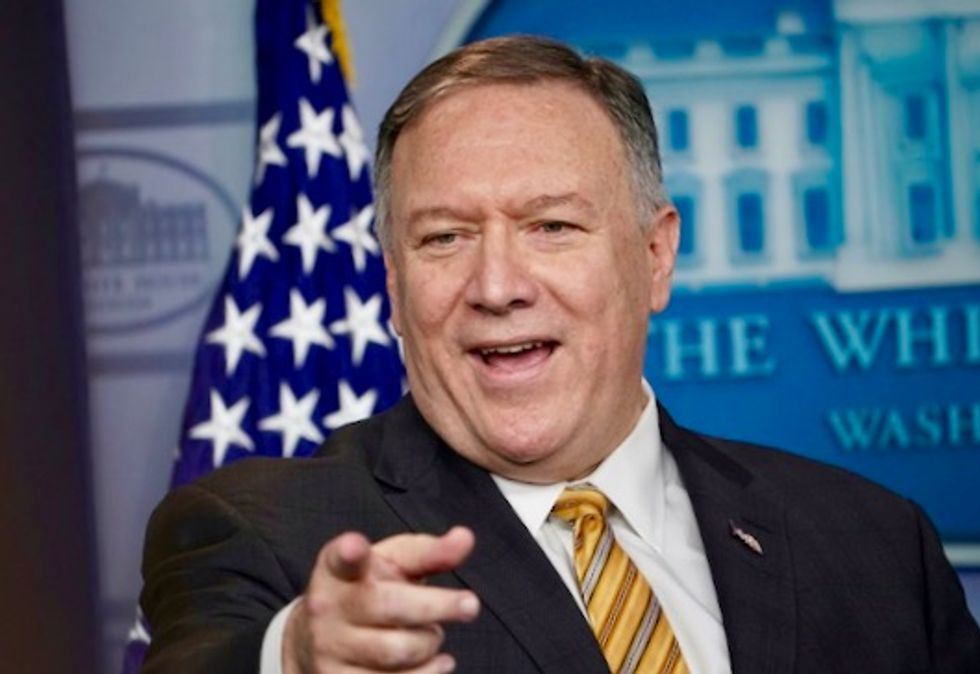 On Saturday, Secretary of State Mike Pompeo told reporters that there was nothing wrong with Trump's outreach to Ukraine, which prompted an intel whistleblower to lodge a complaint that sparked Democrats' impeachment proceedings.

Pompeo said that foreign leaders asked each other for help all the time. That the president's behavior doesn't bother him "a lick."

"It's win/win, best for all of us," Pompeo told reporters. Appearing on CNN, former Congresswoman Mia Love (R-UT) pointed out that Pompeo is evading the heart of the issue.

"Well, you know, I like Mike Pompeo. I worked with him, I believe he -- he feels like he's doing his job," she said. "However, the problem that we have here is that he wasn't just looking at all corruption. It was the problem that comes into question that he's looking at a political opponent. That's where you kind of feel like, I wonder if Mike Pompeo was on the other end, he was saying, okay, are you asking me this just because he's a political opponent or are you asking me to look into this because you're concerned about corruption?"

MSNBC's Joe Scarborough ripped House minority leader Kevin McCarthy for letting "Republican extremists" to take over the party in his "desperate" bid to hold onto his authority.

Rep. Lauren Boebert (R-CO) issued an apology for publicly suggesting Rep. Ilhan Omar (D-MN) has ties to terrorism, and McCarthy asked House majority leader Steny Hoyer (D-MD) to help broker a meeting between the pair, but Rep. Marjorie Taylor Greene (R-GA) inserted herself into the drama by doubling down on attacking her Democratic colleagues as the "Jihad squad."