Former Rep. John Conyers, who served in Congress for 53 Years, dies at 90 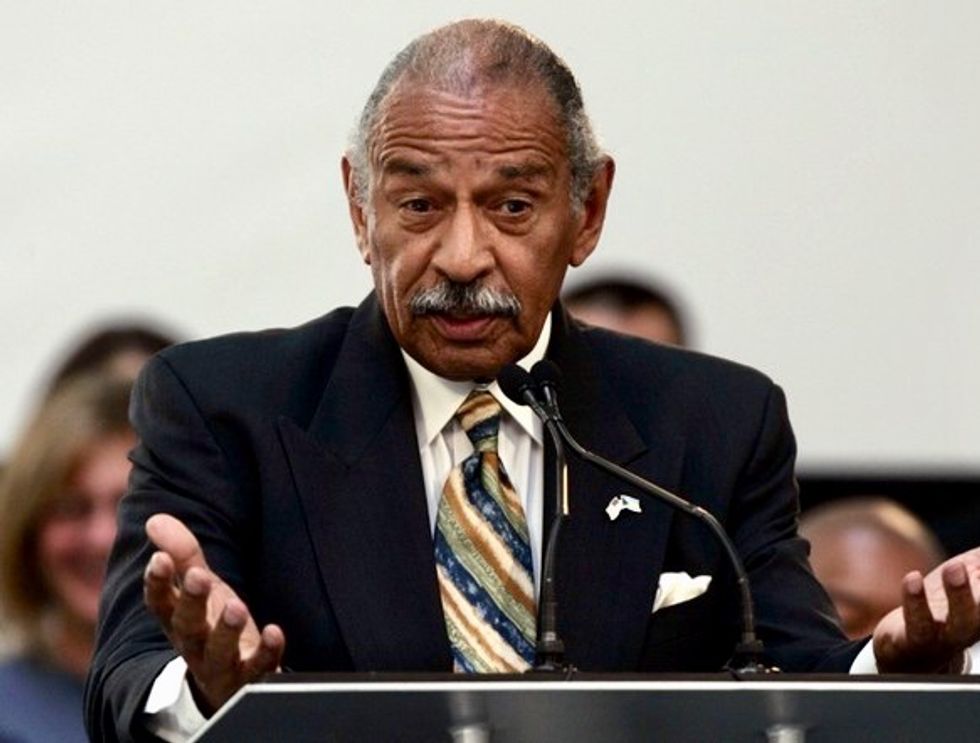 File Picture: U.S. Representative John Conyers addresses the audience during a program to announce the first round of loan commitments to transform older factories during a news conference at the Ford Motor Research & Innovation Center in Dearborn, Michigan June 23, 2009. REUTERS/Rebecca Cook

"He never once wavered in fighting for jobs, justice, and peace. We always knew where he stood on issues of equality and civil rights in the fight for the people."

"He never once wavered in fighting for jobs, justice and peace," Rep. Rashida Tlaib (D-Mich.), who was elected to Conyers' seat in 2018, said on Twitter. "We always knew where he stood on issues of equality and civil rights in the fight for the people."

Tlaib repeated the sentiment during a rally with Sen. Bernie Sanders (I-Vt.).

Conyers began his decades in Congress in 1965 and served in the lower chamber until resigning in 2017 after a series of sexual harassment allegations were made public. The congressman denied the accusations.

"My legacy can't be compromised or diminished in any way by what we're going through now," Conyers told radio host Mildred Gaddis at the time. "This too shall pass."

His long career included founding the Congressional Black Caucus and serving as the chairman of the House Judiciary Committee from 2007 to 2011.

In 1983, Conyers introduced the original bill to make Martin Luther King Jr. Day a federal holiday and in 1994 worked on the Violence against Women Act. He became the first African American to serve as Chair of the House Judiciary Committee in 2007.

"From co-founding the Congressional Black Caucus to leading the fight in Congress to enshrine Martin Luther King’s birthday as a national holiday, John Conyers’ impact on our city and nation will never be forgotten," Detroit Mayor Mike Duggan said in a statement.

At the rally on Sunday evening with Tlaib, Sanders remembered Conyers.

"Thank you very much John, for all you've done for this country," said Sanders.

by
Eoin Higgins, staff writer
Video
Report typos and corrections to: corrections@rawstory.com.
Like this article ? Text `Support` to 50123 to donate.
READ COMMENTS - JOIN THE DISCUSSION