Fox legal analyst drops the hammer on Trump: The House will impeach him – and he will lose the upper hand 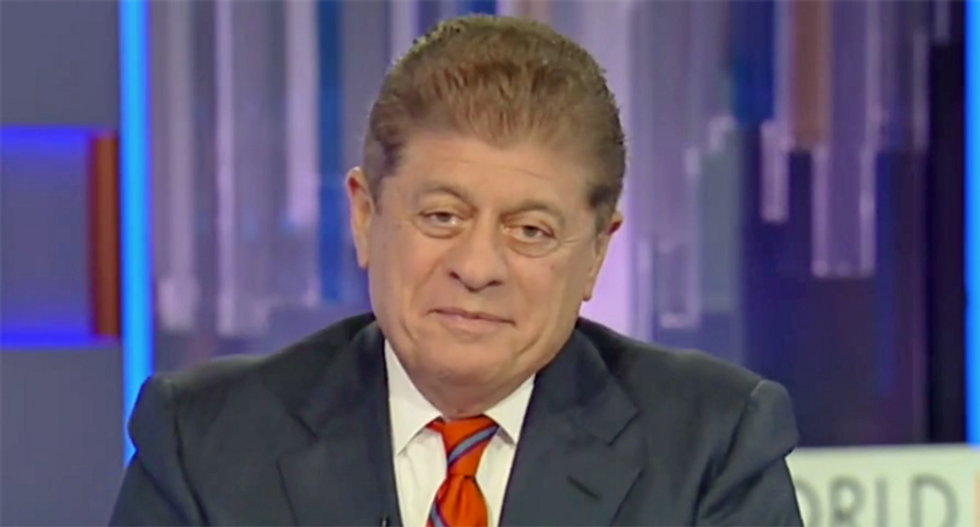 Fox News legal analyst Andrew Napolitano explained to Neil Cavuto on Thursday why he believes the House of Representatives will vote to impeach President Donald Trump -- and why he thinks that will shift the balance of power away from the White House.

"Forget about who the president was talking to and when. Signs today he is going to keep pitching for leaders to take his case and getting answers but anything could take a look," Cavuto reported.

"That makes three countries that we know of to whom the president has reached out to help sort out anything they might have on Joe Biden or his son, Hunter. A doubling down, tripling down on something the president insists is on the up and up," he said. "What do you think?"

"I’m not sure that I understand where the president is going with this," Napolitano replied. "But a fair reading of the transcript of the conversation with the president -- in which we now know there were gaps, that’s another issue that Congress can wrestle with -- is 'Hey, there is $391 million here. But first, I need a favor.' And that is what the issue is, holding up military aid in return for a personal favor of investigating Joe Biden or bringing dirt on Biden’s son."

"In the president’s view, asking a foreign government to investigate a domestic political opponent is not troublesome or a problematic thing," the former judge explained. "The problem with that is the statute which says 'soliciting' -- asking for aid and a domestic political campaign, whether the aide is delivered or not is a criminal event. That is clear in a statute, whether the aide is delivered or not, asking for it is impermissible."

"Where do you think this is going?" Cavuto asked.

"I think the votes for impeachment are probably there," Napolitano replied. "Once the impeachment becomes formal, he loses a lot of those privileges and the House has the upper hand."