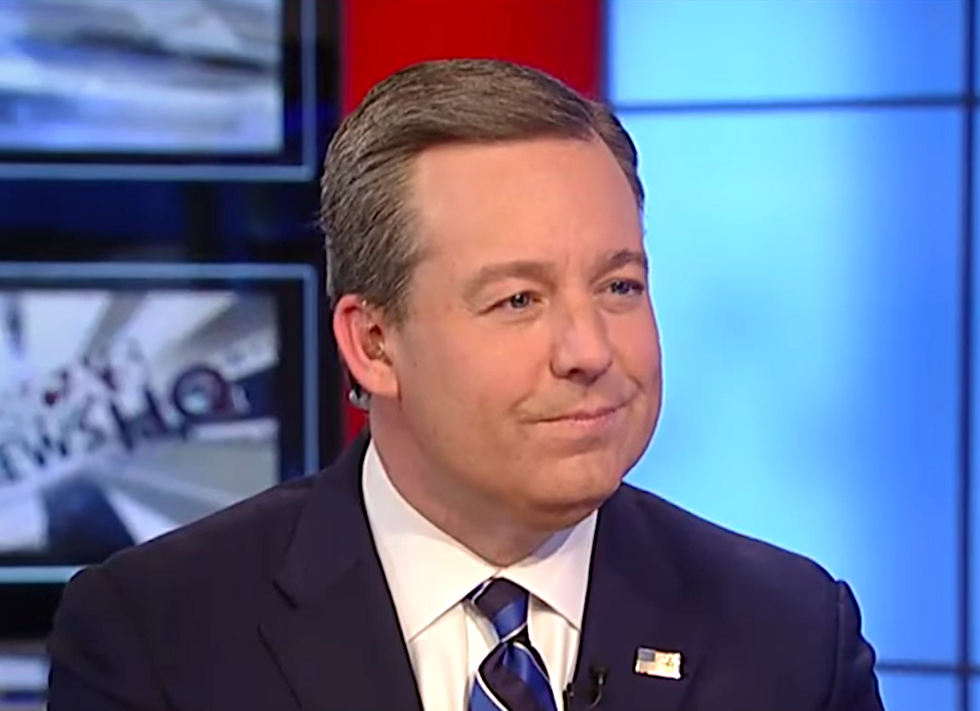 Last week, President Trump launched into an extended Twitter attack against Fox & Friends Weekend co-host Ed Henry, after he dared to ask conservative radio host Mark Levin if he was "okay" with Trump's pressuring the Ukraine president to investigate his political rivals. Now, Henry is seemingly trying to get back in Trump's good graces.

After the Sunday segment with Levin, Trump began retweeting random Twitter users who praised Levin for lashing out at Henry over his question. One tweet shared by Trump referred to the Fox host as a "lying sh*t head." But on Friday, as the Daily Beast points out, Henry was back to praising the President.

According to Henry, Trump openly calling on China to investigate the Bidens is just another example of him being "honest and transparent," adding that Trump is “not hiding that he wants an investigation."

“The question is going to be, was it tied to U.S. aid to Ukraine, could they prove that?” Henry said. “So far there has been no evidence of that."

“The president is going to have to make sure the facts are on his side though,” he continued. “He has been honest and transparent publicly about how he wants this investigated and by the way it's put a spotlight on Joe and Hunter Biden in a way that the way the Democrats didn't want.”

During the Sunday segment, Levin exploded at Henry, saying his question about Trump pressuring foreign governments to investigate his political rivals was "not honest."

Watch Henry's Sunday segment with Levin below, via the Daily Beast: