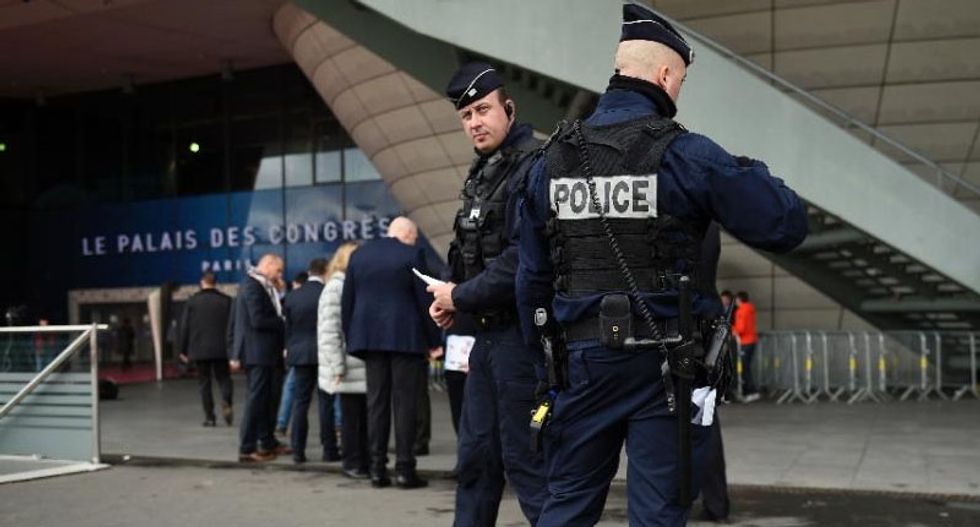 Police outside the Palais des Congres in Paris on December 12, 2015, ahead of the draw for the Euro 2016 finals (AFP Photo/Franck Fife)

French police on Monday detained five people linked to a radicalized employee at the Paris police headquarters who killed four colleagues in a knife attack earlier this month, sources said.

Police staged raids at three locations in the northern suburbs of Paris, judicial sources and those close to the investigation said, confirming a report by the broadcaster RTL.

Mickael Harpon, a 45-year-old computer expert, stabbed to death four colleagues at the police headquarters on October 3 before being shot and killed.

It later emerged he had converted to Islam about 10 years ago and had started adopting increasingly radical beliefs.

One of the people detained Monday was an imam who preached at a mosque Harpon attended in Gonesse, who is on France's "Fiche S" list of potential security risks, one source told AFP.

On Friday, the mayor of Gonesse announced that the Muslim association which employed the imam, who followed the hard-line Salafist branch of Islam, had dismissed him.

Investigators have found that Harpon, who had access to classified data within the Paris police's intelligence division, had been in close contact with the imam in the months before his knife rampage.

The killings have raised serious questions about how police failed to notice various signs of Harpon's radicalization in recent years, despite France being on high alert over a wave of deadly jihadist attacks.

Investigators also found that Harpon had a USB key holding propaganda videos of the Islamic State group as well as details on dozens of officers, raising fears he intended to pass them to other radicalized Islamists.

But although the IS group mentioned the attack in a weekly propaganda statement last week, it has not claimed responsibility for the attack.