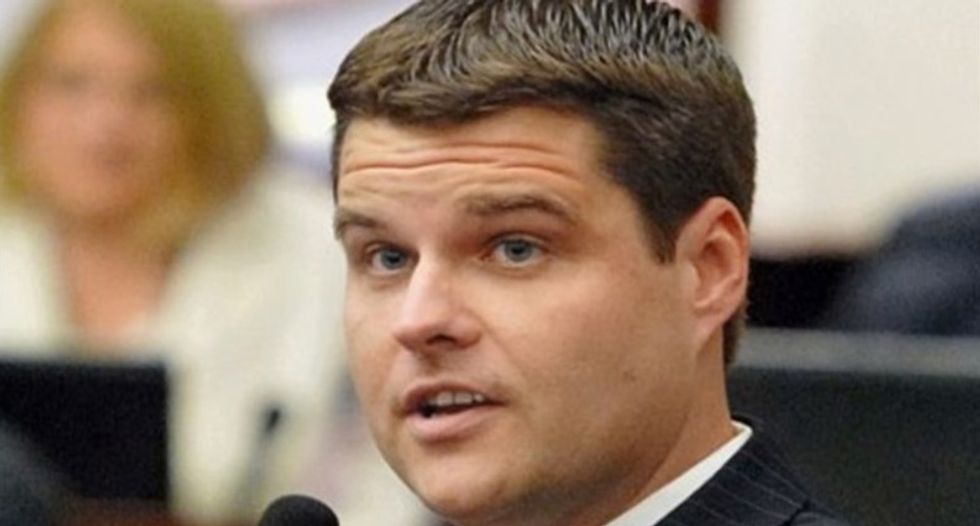 Many of these GOP lawmakers subsequently sent out tweets informing followers that they were offering updates from within the SCIF, which means that they very likely broke security protocols by bringing unsecured phones with cameras into what is supposed to be a secure location.

After apparently realizing that they've opened themselves up to potentially being denied future security clearances, many of these lawmakers posted followup tweets letting people know that it was their staffers outside of the SCIF who were tweeting.

"All tweets sent out when I’m in the SCIF are being transmitted to staff for publication," wrote Rep. Andy Biggs (R-AZ).

Gaetz and Rep. Mark Walker (R-NC) similarly sent out followup tweets indicating that it was their staff members who were sending out updates.. 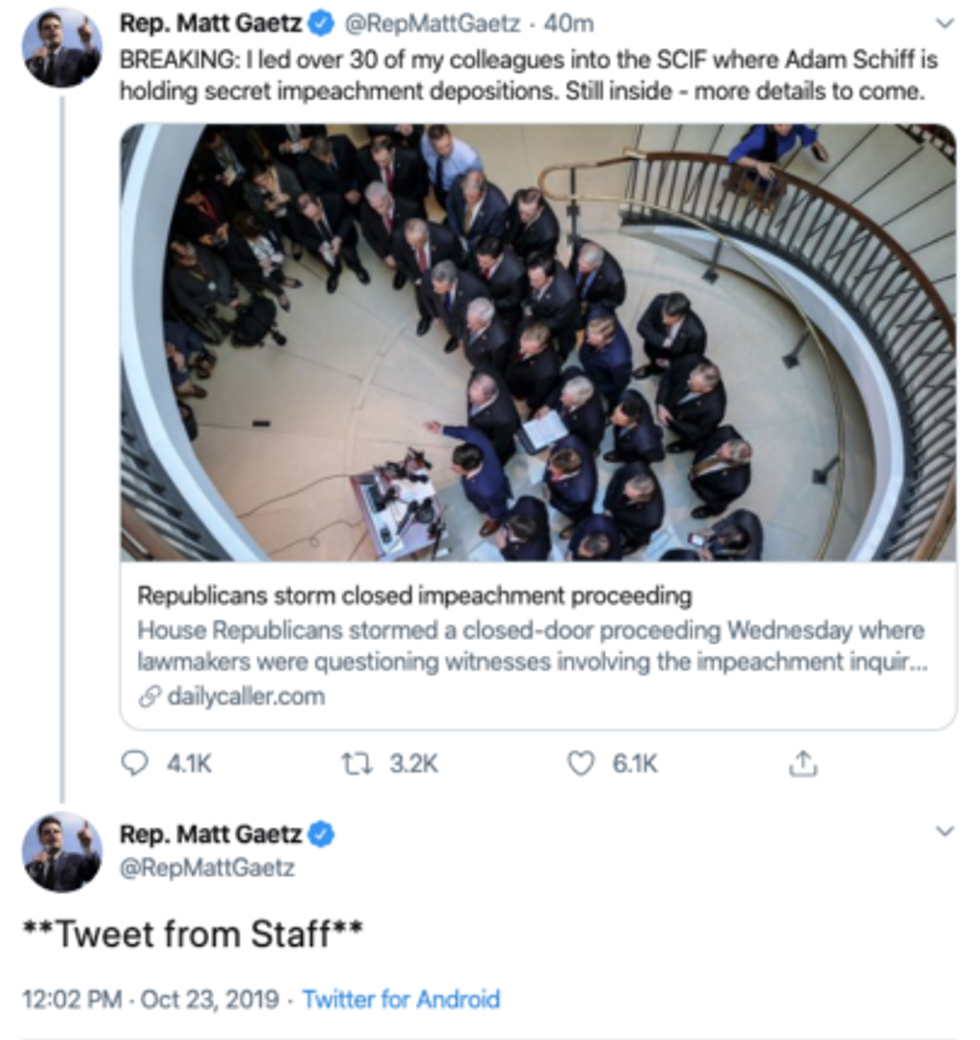 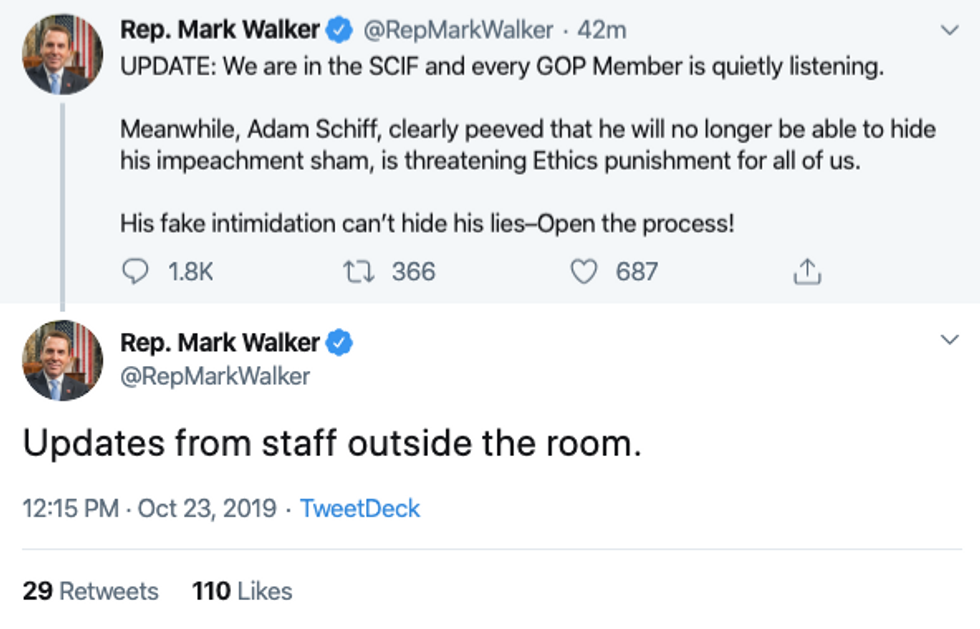