GOP's Lee Zeldin loses it after Intel hearing: 'The country is getting screwed by the liberal Democratic base' 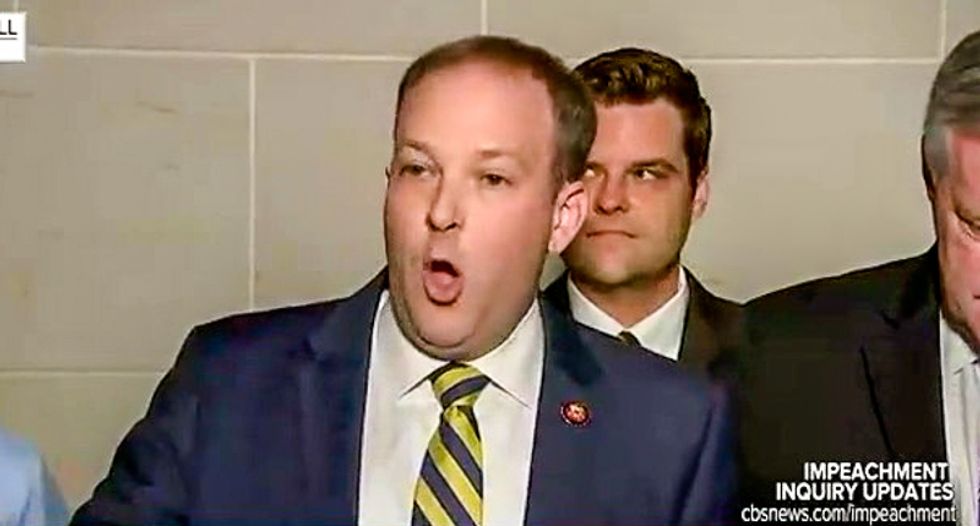 Rep. Lee Zeldin (R-NY) on Tuesday accused the Democratic Party's base of ruining the country by pressing for the impeachment of President Donald Trump.

"This whole thing is a fairy tale!" he exclaimed outside the Intelligence Committee. "Adam Schiff is misleading you and you're playing along with it -- many of you are. And the American public is then getting deceived."

"This entire thing is a political charade, it is a clown show," Zeldin ranted.

Before leaving, Zeldin said that voters were getting "screwed" by the Democratic Party's base.

Zeldin: “The country is getting screwed by the liberal Democratic base”
— Chad Pergram (@Chad Pergram)1570543002.0

Rep. Lee Zeldin DESTROYED the Corrupt House Democrats that are focusing on impeachment instead of working with the… https://t.co/hiWA0XcWwO
— Cali-Conservative (@Cali-Conservative)1570545963.0