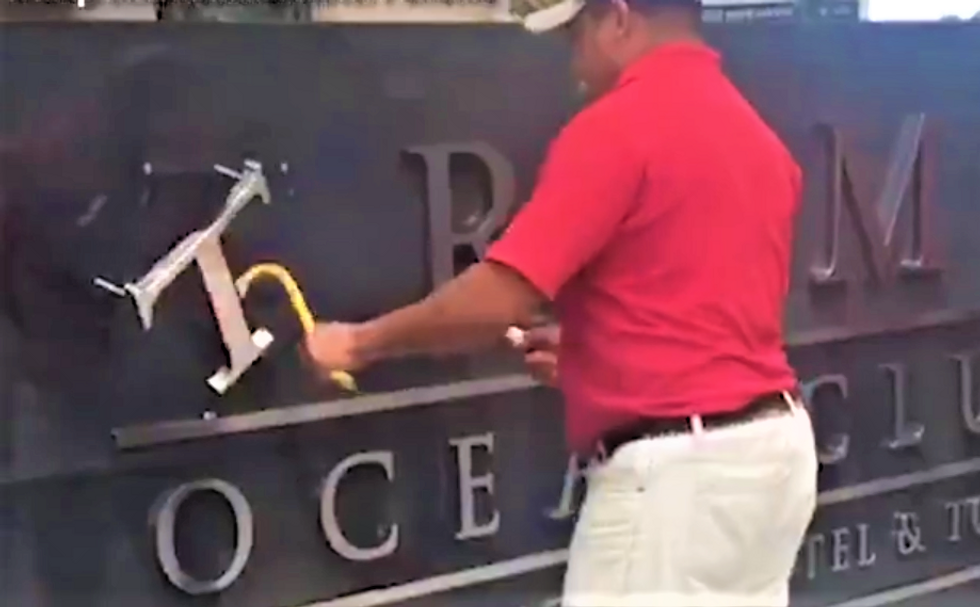 President Donald Trump's prized hotel in Washington, D.C. has raked in significant cash from foreign nationals and corporate bigwigs who have stayed there as a way of currying favor with the president.

But what happens to the hotel's value if Trump doesn't win reelection next year?

That's a question many people are asking in the wake of a Wall Street Journal report that the Trump Organization is looking to sell the rights to the Trump International Hotel Washington D.C., a little over a year before the 2020 election is set to take place.

According to the Journal, the Trump Organization is hoping to fetch $500 million for the hotel, which amounts to roughly $2 million per room key.

The rush to sell the hotel before an election year sparked widespread mockery across the web, as many Twitter users said it looks like the Trump Organization is trying to get some money for the property while it still can.

After he’s impeached and removed, and the hotel sold to pay his criminal defense lawyers, I suggest it be renamed t… https://t.co/OaiZv2ERoF
— George Conway (@George Conway) 1572023983.0

The Trump Hotel lease is for sale because the Trumps fear revenue plummeting if Trump is gone by 2021 — not because… https://t.co/mnrMoceUUF
— Eric Columbus (@Eric Columbus) 1572021160.0