‘Have faith’: Mike Pence urges ‘prayers’ for Trump at #MAGA rally as impeachment inquiry heats up 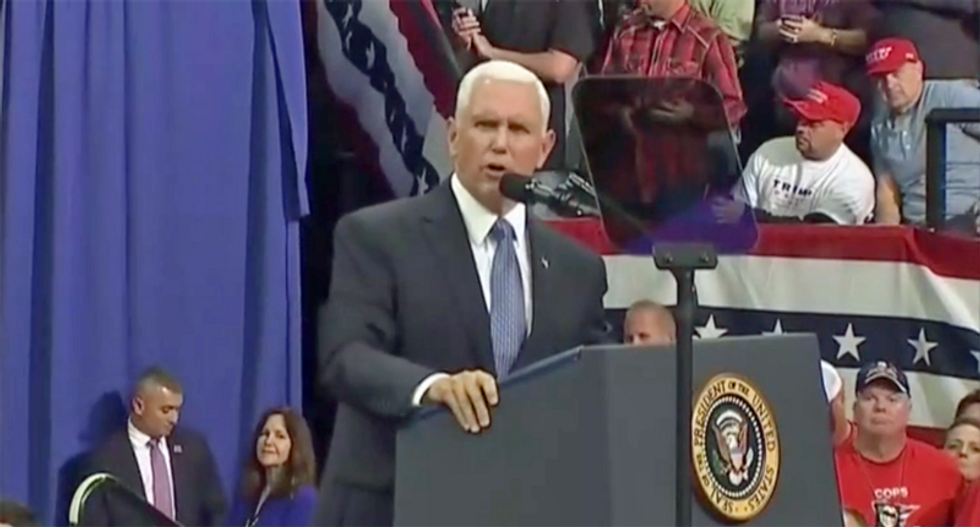 Vice President Mike Pence sought prayers from the crowd of Donald Trump supporters while introducing the president at a campaign rally in Minneapolis.

"Worst of all, today’s Democrats have spent the last few years trying to overturn the will of the American people in the last election," Trump argued, despite the fact Trump lost the popular vote.

Pence complained about, "three years of nonstop resistance and investigation," by Democrats, who are conducting an impeachment inquiry into the administration's solicitation of foreign election interference. Pence himself is implicated in the scandal.

Immediately after complaining about the investigation, Pence made his request of the crowd.

"Now Minnesota, it is our turn to fight for him. It is on. We have work to do. It is going to take all of us to do it," he said.

"While you bring all that energy and enthusiasm, bring your faith, too. Bring faith in this president, whose drive and vision has made America great again," Pence urged.

"With your support and your prayers, I know he will keep America great," Pence argued.