‘He is trapped — he is snared’: Conservative columnist says Congress ‘has the goods’ on Trump 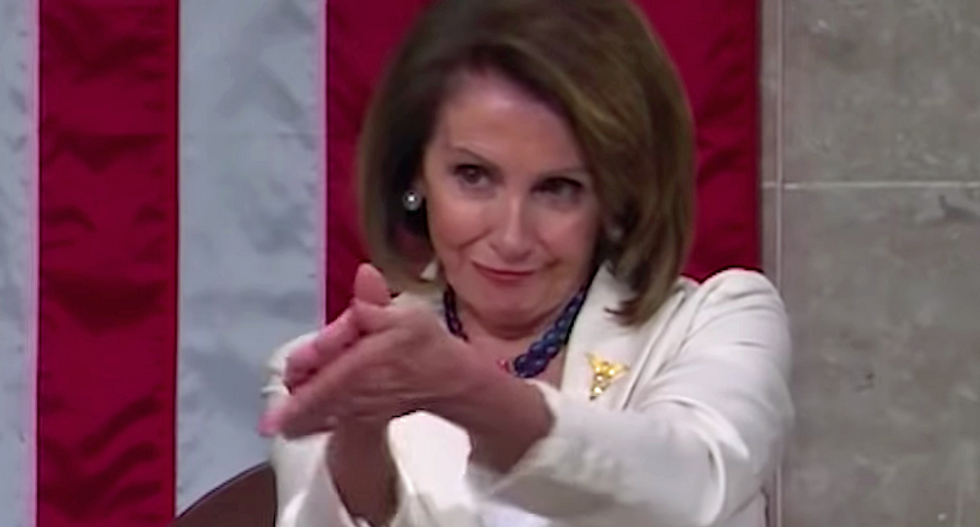 President Donald Trump is "unnerved" by the rapidly escalating impeachment inquiry, a conservative columnist explained on MSNBC on Wednesday.

"Obviously the president’s affect has always been strange. He’s a weird guy, he's an angry guy, he's a bit of a blowhard. Today felt to me a bit of a different level. It was really unnerving to me," Hayes said. "What did you think of what you saw?"

"I’m of two minds," Rubin replied. "On one hand, I think he’s completely lost it. He’s in some sort of emotional tailspin."

"And, on the other hand, this is very conscious," she continued. "He is trapped, he is snared."

"If tomorrow the Intelligence Committee announced they did not have another fact, there would be plenty of information to impeach him and in my view, convict him, because it’s in his own words, it's in that transcript," she explained. "So whatever he does now is simply more fodder for an obstruction charge or for a witness intimidation charge."

"They have the goods," she concluded. "And I think at some level he understands that and that’s why he’s going nuts. That’s why he’s trying so hard to threaten and to bluster.

"But I think as you said earlier, Chris, Democrats don't care, they know the facts are on their side, they’ve got him red-handed," she continued. "And they have no reason to back off at this point and every reason to push forward."

"And frankly, after today, I think they’re going to be even more determined because I think the speed of the investigation, the speed of the disclosure is part of what has unnerved him," Rubin said. "I think it’s the sheer speed and intensity of this that has him completely buffo."