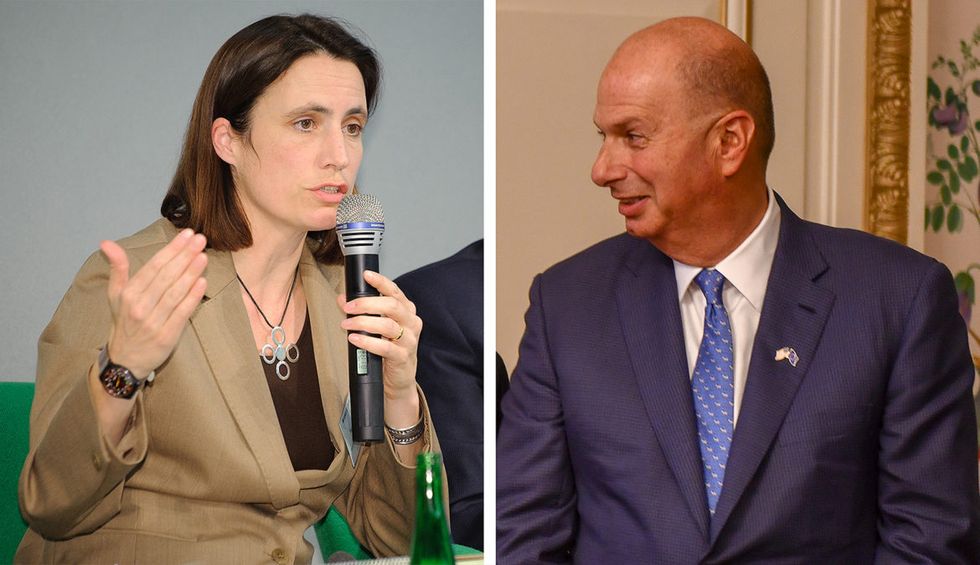 White House Counsel Pat Cipollone has drawn widespread criticism from Democrats, as well as some Never Trump conservatives, for the October 8 letter he sent to House Speaker Nancy Pelosi and the Democratic heads of three House committees: Rep. Adam Schiff (chairman of the House Intelligence Committee), Rep. Eliot Engel (chairman of the House Foreign Affairs Committee) and the late Elijah E. Cummings (who chaired the House Oversight Committee before his death nine days later on October 17). In the letter, Cipollone denounced the impeachment inquiry against President Donald Trump as illegitimate and stressed that the Trump Administration had no intention of cooperating. Regardless, plenty of witnesses have testified in connection with the inquiry, and journalist Michael Stern sheds some light on their decisions to testify in an October 28 article for Just Security.

Those who have testified so far range from Fiona Hill (formerly of the National Security Council) to Gordon Sondland (U.S. ambassador to the European Union) to diplomat William Taylor (former U.S. ambassador to Ukraine). Trump, Cipollone and Attorney General William Barr were hoping they wouldn’t testify, but they didn’t anyway.

“These are presumably not the results Cipollone expected when he sent his letter, but in retrospect, they seem fairly predictable,” Stern explains. “To begin with, the Administration has little leverage over many of the witnesses in question; this is most obvious with respect to former employees. As a practical matter, it is not clear what the Administration could do to these individuals even if there were a plausible basis for believing they had a legal duty not to cooperate with Congress. Moreover, it does not appear that the Administration is even claiming that such a general duty exists.”

Sondland, Hill and others have been pulled in two different directions, with Democratic House leaders encouraging them to testify and Trump and Cipollone urging them not to — and they’ve chosen to cooperate with Democrats.

Stern notes that Charles Kupperman (a former White House staffer) has taken the “extraordinary step” of going to federal court to determine “whether he should comply with a congressional subpoena or the president’s instructions not to appear in response to the subpoena.” And in an October 25 letter to Kupperman’s attorney, Charles J. Cooper, Cipollone asserted that Kupperman was “absolutely immune from compelled congressional testimony.”

According to Stern, “There is nothing in Cipollone’s October 25 letter to suggest that Kupperman is prohibited from testifying because the House inquiry is invalid or on any other ground that would be broadly applicable to Administration officials.”

Stern concludes his article by saying that Kupperman’s lawsuit may help the Trump Administration for the moment.

“Whatever his intent, Kupperman’s lawsuit probably benefits the Administration in the short term,” Stern writes. “Given how badly things have gone since Cipollone sent his October 8 letter, the lawsuit can scarcely make it worse.”