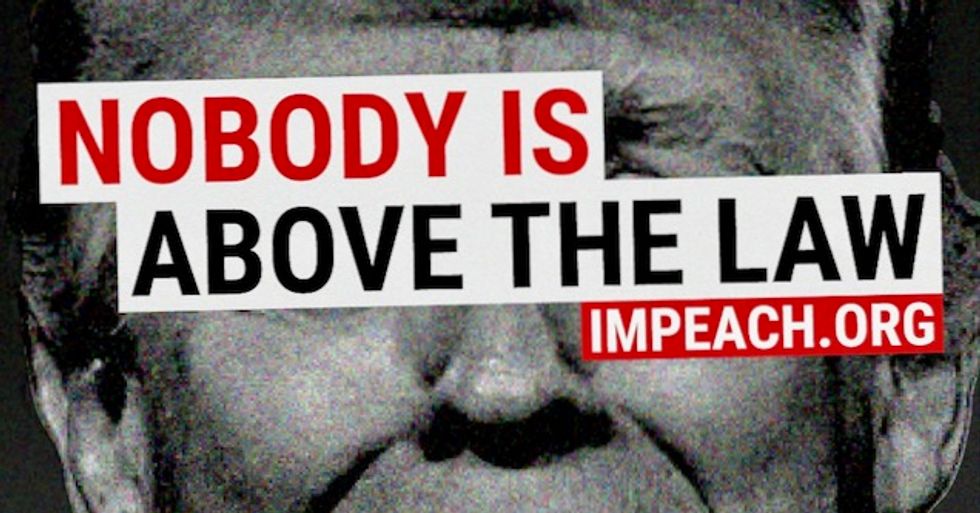 "The night before the House of Representatives takes a historic vote to impeach Trump," progressive groups said of the anticipated action, "we'll head to every congressional office and public square to declare that nobody is above the law."

A coalition of progressive advocacy groups on Friday announced plans for a "historic nationwide mobilization" across the U.S. on the eve of the House's yet-to-be-scheduled vote on articles of impeachment against President Donald Trump.

Hundreds of thousands of people are expected to take to the streets around the country, said the "Nobody Is Above the Law" coalition, which includes MoveOn, Public Citizen, Indivisible, and Stand Up America, as well as more than a dozen other organizations.

"Protesters will gather in front of the district offices of House members as the lawmakers finalize their positions and at U.S. Senate offices as senators prepare for a likely trial," the coalition said in a statement. "Protesters will call on their representatives to uphold the Constitution and their oaths of office by supporting Trump's impeachment."

Nearly 120 events have already been planned in more than 80 cities in anticipation of the House impeachment vote.

Find an event near you. 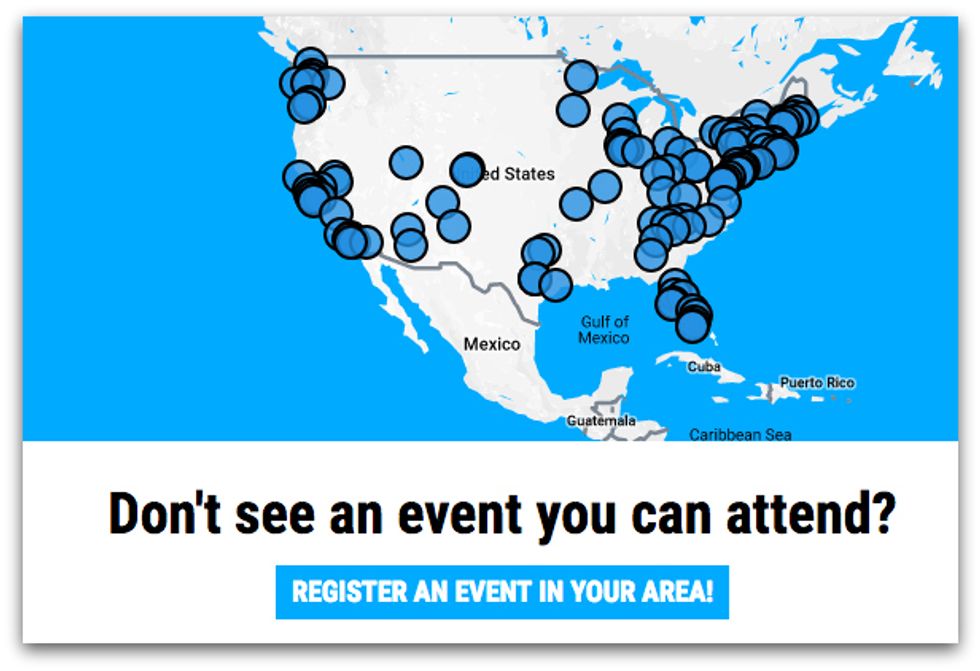 "People take action when they think they can make a difference, and for a long time a lot of the silent majority on impeachment thought it wasn't going to happen," David Sievers, a campaign director of MoveOn, told the Associated Press on Friday. "We want to show that this isn't just some fringe thing, this isn't just Democrats in D.C."

Where will you be the evening before the House impeaches Donald Trump? #NotAboveTheLaw When the House votes on art… https://t.co/4HaDfQIwPp
— MoveOn (@MoveOn)1572009587.0

On its website, the coalition said the goal of the mass protests is "to demonstrate to our lawmakers that their constituents are behind them to defend the Constitution—and that Trump has left them no alternative to uphold their oath of office but to support impeachment and removal."

"The night before the House of Representatives takes a historic vote to impeach Trump," the coalition said, "we'll head to every congressional office and public square to declare that nobody is above the law as representatives finalize their positions and senators look on."