If Trump is acquitted and re-elected, 'the freedoms we enjoy all become obsolete': Steve Schmidt 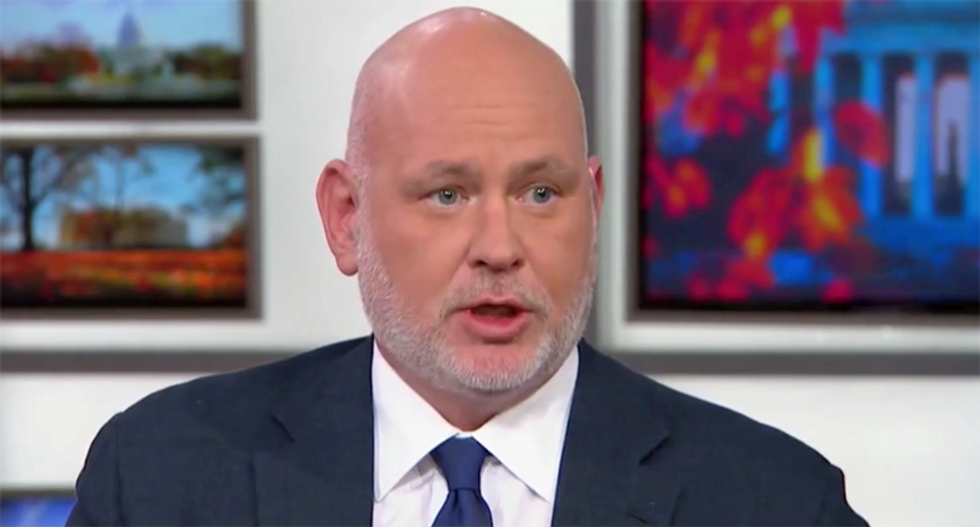 "What this will be ... is a test," said Schmidt. "And each generation of Americans has met the test. When the country’s been threatened. When the oath is taken, it — the member, the military officer promises to protect against all enemies, foreign and domestic. Abraham Lincoln worried that the country would unwind through a threat from the inside. Not from an external threat. And so here we are. Right? At this — at this moment. And as this process plays out, a factual process, and we get to the heart and we’ll know everything, I believe, about what he did."

"It’s going to meet the threshold for high crimes and misdemeanors as articulated in the Constitution, or it will not," said Schmidt. "But if it doesn't, I think the American people who like generally living in a democracy get, that the conduct that we read about so far is over that line. You can’t do that. I mean, if he is—"

"I guess, can I just push back a little bit?" asked anchor Nicolle Wallace. "I mean, grabbing women in the bleep is over that line. Being an unindicted co-conspirator in the Southern District of New York in an illegal campaign finance scheme is over the line. Being named for 150 contacts with Russia is over the line. And ten acts of criminal obstruction of justice are over the line. What feels different to you that you have all this sort of sense of history and optimism?"

"I don’t know that I have optimism," said Schmidt. "I’ll tell you what I — what — what terrifies me is impeachment, acquittal, and re-election ... The conduct is abhorrent. The question here is an American president abusing his power to ask a foreign head of state to use the powers of that government to investigate an American citizen, a political opponent. And if the Congress says that’s okay, there is no break on a president from using the IRS, using investigatory powers of law enforcement agencies to target people. The freedom of speech, freedom of — the freedoms that we enjoy then all become obsolete because if you can’t speak freely without being investigated, you don’t live in a free country anymore. That’s what’s at stake in this."