Impeachment vote will force GOP to put up or shut up: Oversight Democrat 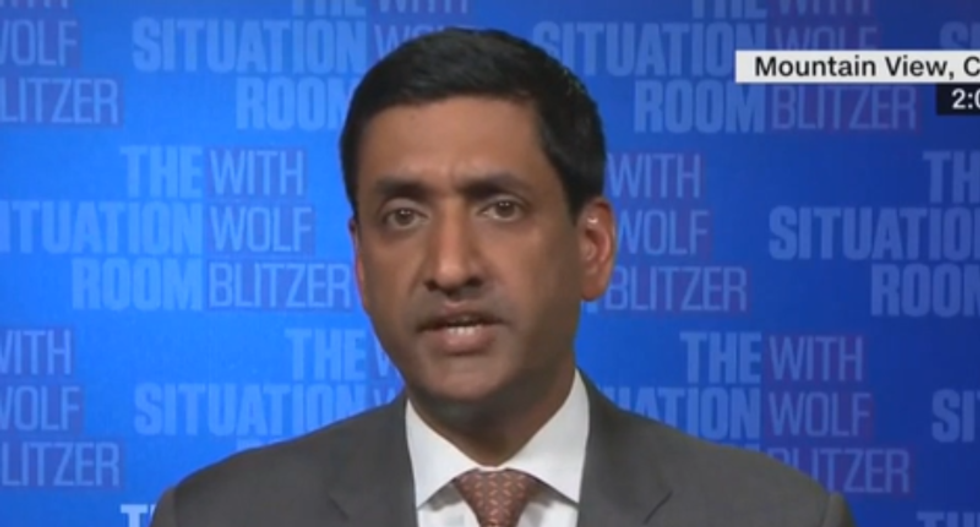 On Monday's edition of CNN's "The Situation Room," Rep. Ro Khanna (D-CA) told anchor Wolf Blitzer that the upcoming House vote to formally advance the impeachment inquiry against President Donald Trump calls the GOP's bluff on the legitimacy of the process — and forces Republicans to debate impeachment on the merits.

"What do you expect?" asked Blitzer. "Do you expect greater cooperation now between the administration and the House of Representatives in this investigation?"

"Well, if they are true to their word, they're getting what they want," said Khanna, a member of the House Oversight Committee. "We're giving them a resolution that gives an open process. So let's see now what excuse they have. It is interesting, they never had a substantive response. I haven't heard a single Republican say, yes, I support the president calling [Ukrainian President Volodymyr] Zelensky and telling Zelensky to call for a public investigation into Biden. The facts, they can't defend."

"You think some Democrats will vote against this resolution?" asked Blitzer.

"I don't think so. It would surprise me," said Khanna. "I think some Republicans may vote for it. I would be surprised if we don't get a few Republicans voting their conscience."

"Including Republicans who are not dropping out, who will be seeking reelection?" Blitzer pressed him.

"Some may. You don't know," said Khanna. "Someone like Thomas Massie or Justin Amash, who may run as an independent. I don't want to speculate, but I think there are members of conscience who cannot believe the president's conduct was constitutional."