‘It’s just gotten worse every day’: Maddow explains how a GOP senator pulled the rug out from under Trump 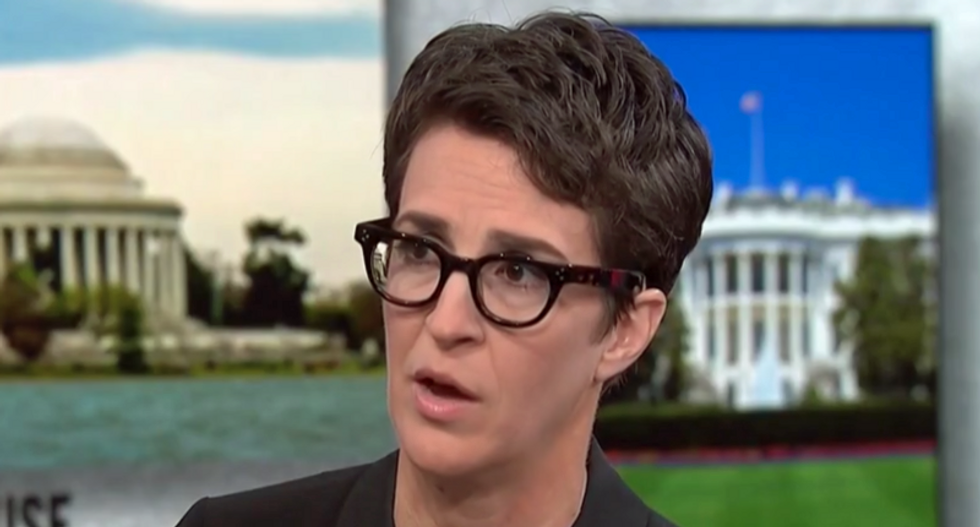 The main heart of the case against Trump, she explained, is a campaign finance violation. Trump solicited campaign assistance from Ukrainian President Volodymyr Zelensky as he pressured the country to investigate former Vice President Joe Biden, a 2020 presidential candidate, Maddow argued. He’s done this in the open and through back channels, as the White House has now admitted.

But she noted, in addition to this crime and impeachable offense, Trump also seems to have withheld military aid as part of a quid pro quo arrangement with the Ukrainians. And while Trump had modicum of a defense to this accusation in a series of damning texts between State Department officials, Maddow argued that the latest revelations on Friday from GOP Sen. Ron Johnson of Wisconsin blow that excuse out of the water.

“The one thing the president had going for him in those text messages was Ambassador [Gordon] Sondland saying, sort of officiously, in a brand new tone, developed after five hours away from his text messages, ‘Having spoken with counsel, I want to be clear that there was no crime here. There’s definitely been no criming!'” (Note: Maddow wasn’t quoting exactly, but mocking the language for comic effect.)

She continued: “I mean, it’s this weird thing from Sondland. It’s the only thing the president had to hang his hat on. And, Ron Johnson comes out today and says: ‘That guy Sondland, you know? He told me there’s a quid pro quo!” She burst out laughing.

In a Wall Street Journal article, Johnson recounted Sondland telling him on Aug. 31 that if Ukraine would “get to the bottom of what happened in 2016—if President Trump has that confidence, then he’ll release the military spending.” Trump would later deny the existence of a quid pro quo to Johnson.

But ultimately, Maddow argued, despite the fact that Republicans have made the question of the quid pro quo a central talking point, it only aggravates the underlying impeachable offense. Even if no quid pro quo happened, Trump’s actions would be unacceptable.

“I think the White House defense here, we should expect to be chaos and obfuscation. Because on the facts, it’s just gotten worse every day,” she said.

“Soliciting something from a foreign government to help you in your election campaign is an impeachable offense, an… https://t.co/9t6IHScYGF
— AlterNet (@AlterNet)1570225633.0