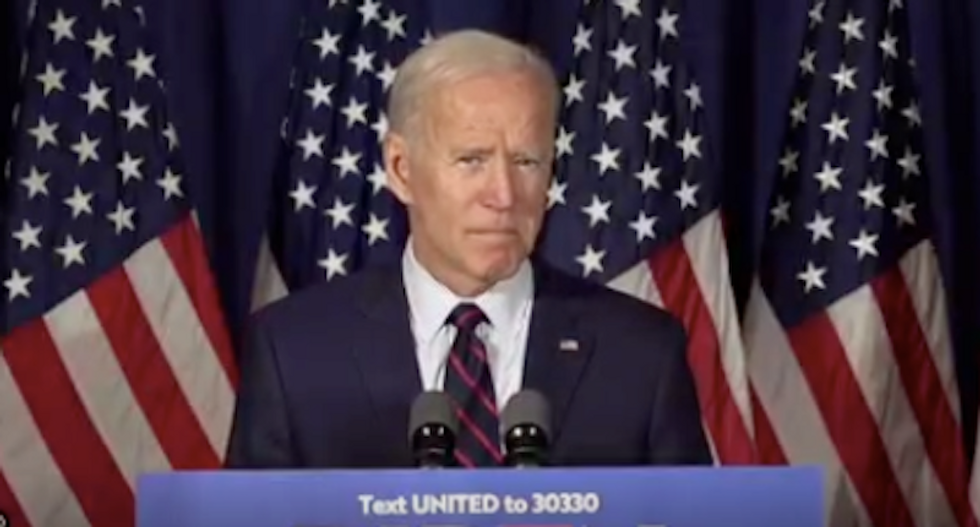 The former vice president forcefully called for Trump's impeachment during a campaign speech Wednesday afternoon in New Hampshire, saying the president has "indicted himself."

"No president in American history has dared to engage in such unimaginable behavior," Biden said.

"Donald Trump has violated his oath of office, betrayed this nation and committed impeachable acts," Biden added. "He should be impeached."

House Democrats have launched an impeachment inquiry into Trump's efforts to pressure Ukraine into digging up campaign dirt on Biden.

“We all laughed when he said he could stand on Fifth Avenue and shoot someone. And get away with it," Biden said. "He is shooting holes in the Constitution and we cannot let him get away with it.”