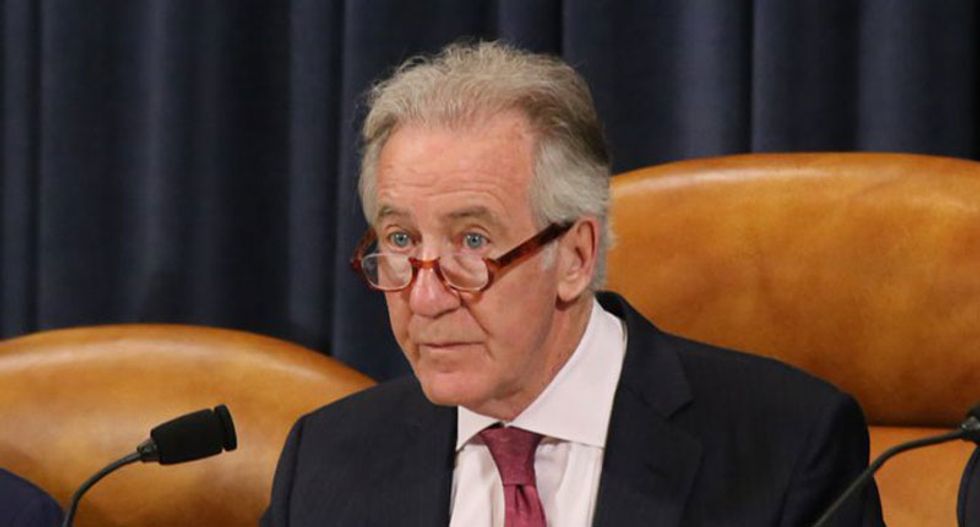 Neal has received over $670,000 in campaign cash from pharmaceutical companies since 2007, according to Kaiser Health News

Following the lead of pharma-friendly Rep. Richard Neal, Democrats on the House Ways and Means Committee this week crushed several progressive amendments to a House drug pricing bill that would have expanded the number of medicines covered by the legislation and extended lower costs to the nation's tens of millions of uninsured.

The Intercept reported Wednesday that Neal, a Massachusetts Democrat and chairman of the Ways and Means Committee, warned his Democratic colleagues against offering any amendments to the Lower Drug Costs Now Act of 2019 (H.R. 3) during the committee's markup of the legislation on Tuesday.

"The chances that the typical patient will see their prices lowered are akin to winning the lottery. Is it so burdensome to ask that a few more drugs be done? No, it's not."

"We intend to stick with the measure in front of us," Neal told The Hill.

But Rep. Lloyd Doggett (D-Texas), the author of a more ambitious drug pricing bill that House Speaker Nancy Pelosi in April brushed aside in favor of the more moderate H.R. 3, introduced amendments anyway during the marathon hearing.

If adopted, Doggett's amendments would have raised the minimum number of drugs the government would be required to negotiate under the legislation from 35 to 50 and guaranteed that the approximately 30 million people without health insurance in the U.S. would benefit from the lower negotiated rates.

"The chances that the typical patient will see their prices lowered are akin to winning the lottery," Doggett said. "Is it so burdensome to ask that a few more drugs be done? No, it's not."

Despite Doggett's plea, most House Democrats on the committee followed Neal's lead in rejecting the amendments. The legislation passed out of the Ways and Means Committee late Tuesday by a vote of 24-7-1, with Doggett the lone member voting present.

Under the current version of H.R. 3, it would take the government over 100 years to negotiate lower prices for all of the prescription drugs covered by Medicare, Doggett said in a document summarizing his issues with the bill.

"My objective is not to let the perfect get in the way of the good, but to ensure that the good we seek actually reaches those whom we serve," Doggett wrote in a Dear Colleague letter (pdf) in September. "In short, more work and amendments are needed to make H.R. 3 effective in achieving our shared objective of lowering drug prices for American families."

The Intercept's Aída Chavez reported that Neal "is one of the biggest beneficiaries" of campaign cash from the pharmaceutical and insurance industries.

"According to Kaiser Health News," Chavez noted, "he's received $670,100 in campaign contributions from pharmaceutical companies since 2007."

Chavez's colleague Ryan Grim was among those noting that Neal is currently facing a primary challenge from his left flank:

Donald Shaw, reporter with the investigative outlet Sludge, highlighted the slew of major pharmaceutical companies that have donated to Neal just this year:

As Common Dreams reported in June, progressives accused Pelosi of cutting them out of negotiations over the details of H.R. 3 and warned the bill would be far too soft on the pharmaceutical industry.

"If we don't address this in a big and bold way, a lot of us should go home and start knitting," Rep. Mark Pocan (D-Wis.), co-chair of the Congressional Progressive Caucus, told reporters at the time.

Progressives were ultimately able to win minor concessions from leadership, such as raising from 25 to 35 the minimum number of drugs the government must negotiate under the bill.

When Pelosi finally unveiled the H.R. 3 in September, advocacy groups cautiously applauded the measure but said improvements would be necessary to make a significant dent in soaring drug prices.

"Fundamentally, high medicine prices are rooted in the monopoly powers our government grants to prescription drug corporations," Peter Maybarduk, director of Public Citizen's Access to Medicines Program, said in a statement. "Making medicine affordable for everyone requires that we challenge this power."