‘Like robbing the same bank again’: Lawrence O’Donnell reports ‘the smoking guns are really piling up’ 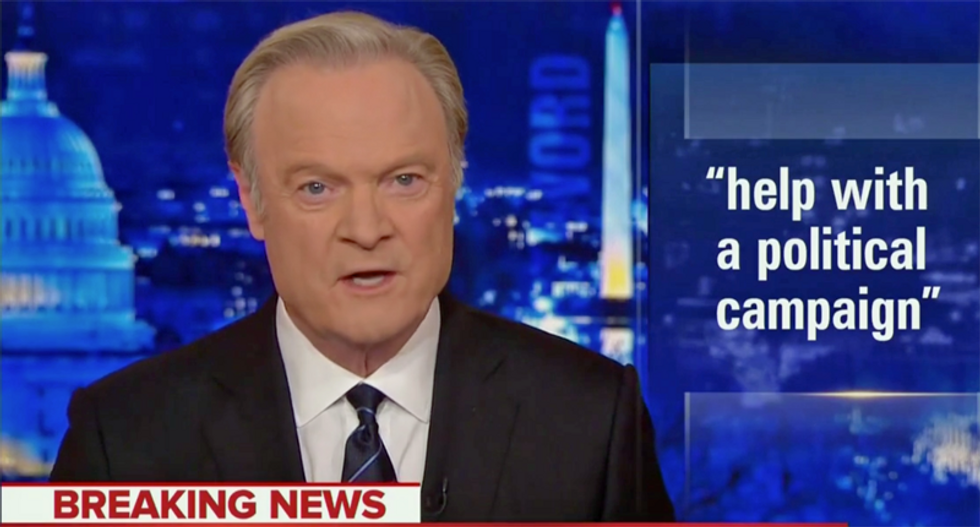 MSNBC anchor Lawrence O'Donnell attempted to count all the smoking guns that have been uncovered in the impeachment inquiry into President Donald Trump soliciting foreign election interference.

"Once again today -- again -- the president publicly solicited help from Ukraine by publicly asking Ukraine to investigate Joe Biden. So that’s a second smoking gun on the Ukraine case," he explained.

"But each time the president solicits Ukraine for help in his re-election come pain, he is actually committing a new crime. It’s like robbing the same bank again. It’s a stupid thing to do, but most criminals are pretty stupid, that’s why they’re criminals," he continued.

The president seems to think that if he is announcing something in public, then it cannot be a crime, cannot be an impeachable offense," he noted. "It’s like a bank robber thinking if he yells over the sound of his getaway helicopter while he is robbing the bank, then it’s legal."

The host wondered how many more smoking guns may exist.

"How many more smoking guns are there in the State Department text messages, in their email records and documents that Mike Pompeo is now refusing to hand over to the House of Representatives?" O'Donnell wondered.