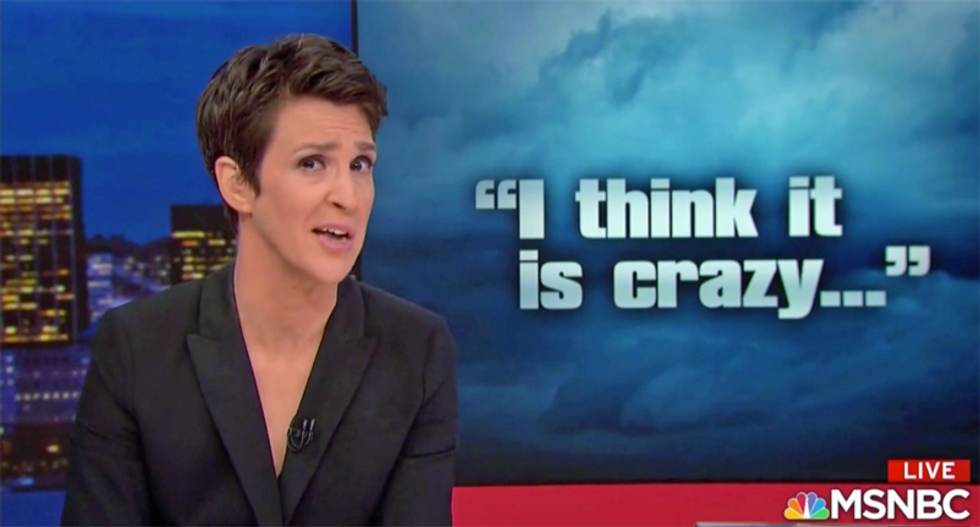 MSNBC anchor Rachel Maddow broke down the rapidly intensifying impeachment inquiry into President Donald Trump and his administration on Friday.

"At its heart, this is still very simple. Maybe that is why it is moving so fast. There is an unrebuttable central claim here, it remains very simply that the president asked a foreign country -- and now it seems foreign countries, plural -- for help," she reported. "For help in his re-election against the Democrats."

"That is potentially a crime, no American can solicit something of value for use in a federal election," she noted.

"I think in the history books, if this all goes where it looks like it is going, today will go down in the history of the Trump impeachment as the day that the core impeachment inquiry -- the central issue of this inquiry and the proceedings -- shifted to include not just the president himself but also Vice President Pence," she said.

"The explosion of news is the fact that this is an order that the president gave out that was, in fact, carried out by multiple people inside the U.S. government, including a number of people at very high levels of the U.S. government," she concluded.