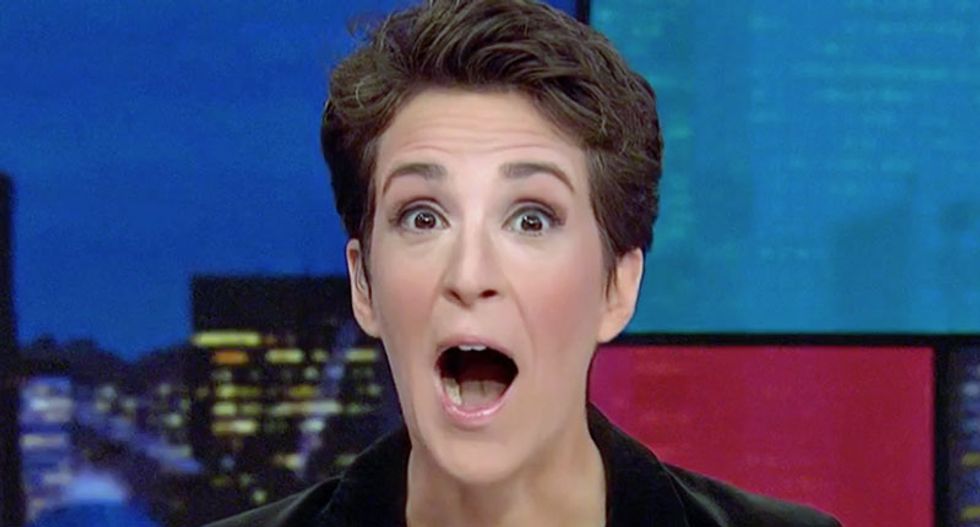 The host of "The Rachel Maddow Show" on Tuesday explained the game theory that President Donald Trump is apparently thinking when it comes to the expendability of Vice President Mike Pence.

Maddow interviewed for U.S. Attorney Barbara McQuade about how Pence figures into the scandal at the center of the impeachment inquiry into the administration's solicitation of foreign election assistance.

"Here’s what I wanted to talk to you about. The committees that are pursuing impeachment proceedings in the House have already said explicitly that in addition to investigating the president, they’re investigating Vice President Pence for what appears to be his role, too, in this scheme to get election help from Ukraine," Maddow noted.

"In this court case that the court case -- that the president basically lost yesterday related to his taxes -- I went back and looked at the arguments the president's lawyers' made and I was surprised to find that the President Trump’s lawyer, William Consovoy, really seemed to go out of his way to say that the immunity he is arguing for, for President Trump, explicitly does not apply to Mr. Pence."

"That sticks out for me like a beacon and I wanted to know what you make of that," Maddow said. "Does it strike you as strange?"

"It does strike me as strange," McQuade replied.

"It was kind of a gratuitous comment, no one was talking about the vice president, there's no reason to talk about it," she explained. "And you couple it with President Trump’s comments to Congress that you really ought to look at Mike Pence’s phone calls as well as my own, makes one wonder if he isn't trying to throw Mike Pence under the bus."

"And why might he want to do that. The line of succession for presidency is the president, the vice president, and the speaker of the House," she continued. "And so perhaps President Trump sees Mike Pence as expendable because if Nancy Pelosi is next in line, perhaps the Republican controlled Senate will say we don’t want to impeach President Trump because then we would have president Nancy Pelosi."

"And that makes it an interesting gambit, if they are trying to get Mike Pence impeached as an insurance policy for Donald Trump," Maddow noted.