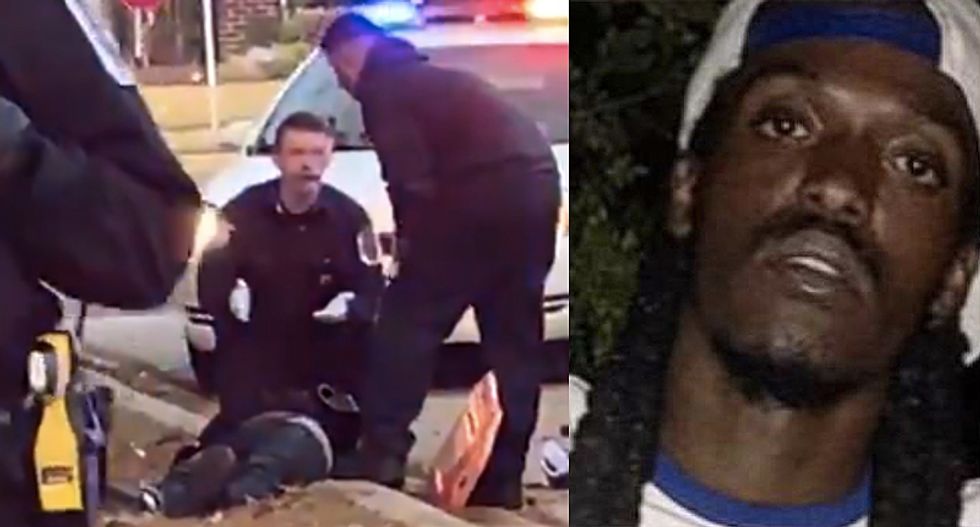 A Prince George's County man is now paralyzed from the waist down after an altercation with police, Fox5DC reported this weekend.

According to the police, when they pulled over 24-year-old Demonte Ward-Blake for an "expired tag" Ward-Blake was argumentative and police said they smelled marijuana in the car. Medical marijuana is legal in Maryland and possession of 10 grams or less of marijuana was decriminalized in Maryland in 2014. Ward-Blake was found to have 3 grams of pot on him. Police still use the "smell of marijuana" as a justification for an illegal search, despite 33 states legalizing pot in some way in the U.S., and it's become known as "sniff and search."

Police told Ward-Blake to put his hands on the steering wheel after they discovered he was driving on a "suspended license," and he argued with the officers. The officer, along with others who arrived on the scene, pulled Ward-Blake from the car while he struggled against them.

"Police say Ward-Blake was handcuffed and being searched when he allegedly hit one of the officers with his elbow while trying to get away," the report claimed. While handcuffed, he tried to get away from the police.

Police then slammed him against the concrete road and curb, giving him a severe neck injury and paralyzing him. He was then taken to a Baltimore hospital for traumatic injuries.

While the police had a dashcam that was filming the incident, when they took Ward-Blake out of the car, they pulled him far enough away that he was just out of view on the dashcam video. The officers did not have body cameras. None of the physical altercations was captured on video as a result.

A video captured by Ward-Blake's girlfriend shows the man after he was injured, unable to move, his legs and body immobilized and his head hanging. Police are seen opening his jacket, moving his body around and checking his pockets.

"Renee Ward said her son, Ward-Blake, had picked up his girlfriend's 6-year-old daughter at school and was bringing her home when he was stopped by police on Wheeler Road," NBC Washington reported. The family has started a GoFundMe for his medical expenses.

While Ward-Blake is still recovering from an all-day surgery, police issued a warrant for his arrest with a litany of charges.

The police reported that only one of the officers involved is on administrative leave pending an investigation.

“The ‘plain smell’ of marijuana alone no longer provides authorities with probable cause to conduct a search of a subject vehicle,” Pennsylvania Judge Maria Dantos ruled in one case, because it’s “no longer indicative of an illegal or criminal act,” the Associated Press cited last month. The judge went on to say that once a passenger presents their medical marijuana card, it was “illogical, impractical and unreasonable” for troopers to conclude a crime had been committed.

You can watch some of the altercation captured on a cell phone below: