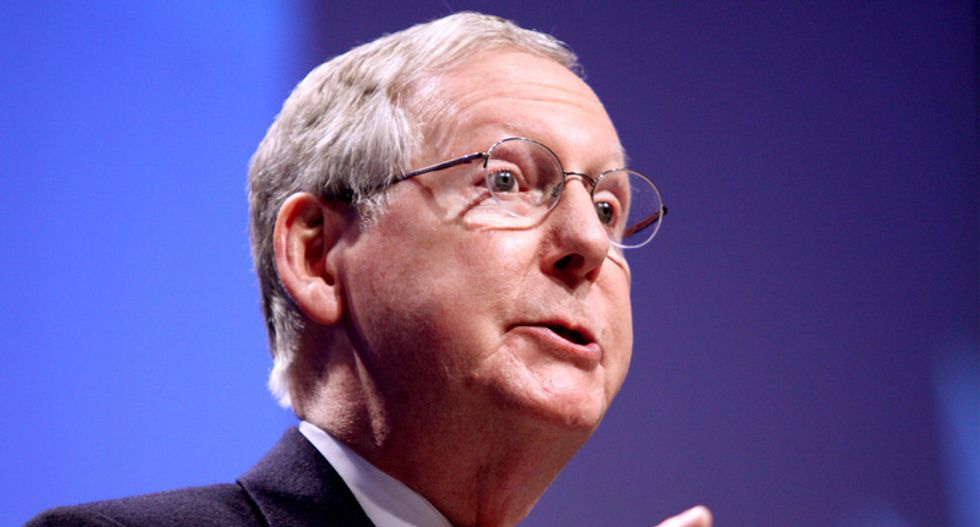 President Donald Trump on Wednesday said that Republicans are starting to attack the substance of the impeachment allegations.

"Republicans are very unified and energized in our fight on the Impeachment Hoax with the Do Nothing Democrats, and now are starting to go after the Substance even more than the very infair Process [sic]," he tweeted.

Just hours after Trump's tweet, Senate Majority Leader Mitch McConnell took to the Senate floor to give an anti-impeachment speech. Contrary to Trump's assertion, however, McConnell focused on the process and didn't defend Trump on substance.

"Now speaking of impeachment, yesterday House Democrats released their much-hyped resolution, which was advertised as bringing fairness and due process into Speaker Pelosi and Chairman Schiff’s closed-door partisan inquiry. Unfortunately, the draft resolution that has been released does nothing of the sort. It falls way short, way short," McConnell said.

"As I’ve said repeatedly, an impeachment inquiry is about the most solemn and serious process the House of Representatives can embark upon. It seeks to effectively nullify a democratic election and cancel out the American people’s choice of a commander in chief. For that reason, any such inquiry must be conducted by the highest standards of fairness and due process, but thus far this time around instead of setting a high bar, House Democrats seem determined to set a new low."