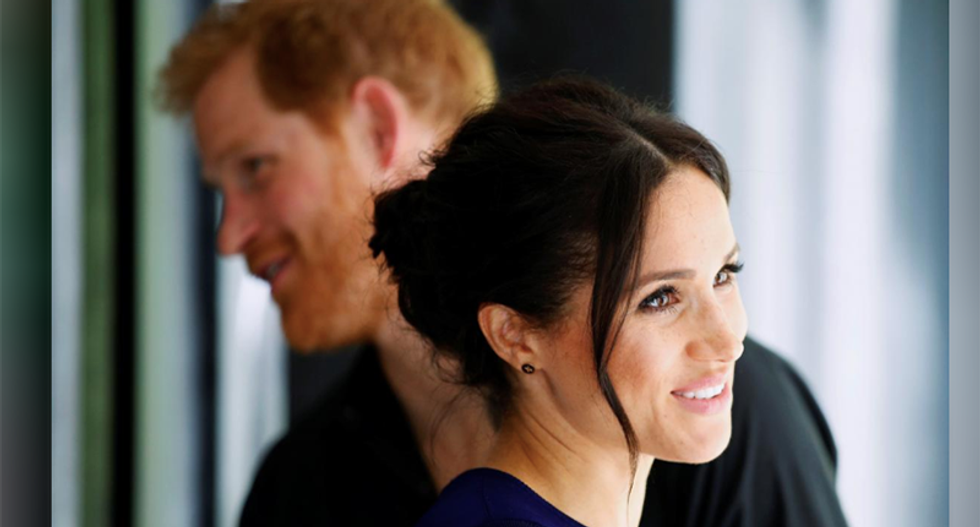 Prince Harry recalled the hounding of his late mother Diana to denounce media treatment of his wife Meghan Markle, as the couple launched legal action against a British tabloid for invasion of privacy.

The couple, currently on tour in southern Africa with their first child Archie, said they were forced to take action against the Mail On Sunday because of the "human cost" of "relentless propaganda".

In a stinging attack on British tabloid media, the Duke of Sussex said his wife was being dogged by the press in the same way as his mother Diana, Princess of Wales, was before her death in 1997.

"My deepest fear is history repeating itself," he said in a statement on Tuesday. "I lost my mother and now I watch my wife falling victim to the same powerful forces."

Harry, 35, said the couple were bringing a case related to the contents of private letter, which were "published unlawfully in an intentionally destructive manner".

Addressing newspaper readers, he said the article had "purposely misled you by strategically omitting select paragraphs, specific sentences, and even singular words to mask the lies they had perpetuated for over a year".

The statement did not reference a specific letter but earlier this year the Mail on Sunday, which denies any wrongdoing, published an article about a handwritten letter that Meghan had sent to her estranged father, Thomas Markle.

He claimed he was forced to publish the letter because false rumours about its content were already being circulated.

"Unfortunately, my wife has become one of the latest victims of a British tabloid press that wages campaigns against individuals with no thought to the consequences -- a ruthless campaign that has escalated over the past year, throughout her pregnancy and while raising our newborn son," said Harry.

"There is a human cost to this relentless propaganda, specifically when it is knowingly false and malicious, and though we have continued to put on a brave face –- as so many of you can relate to –- I cannot begin to describe how painful it has been," he added.

The claim covers the misuse of private information, infringement of copyright and breach of the Data Protection Act.

Britain's aggressive press at first welcomed Markle, 38, into the royal fold and the mixed-race actress was credited with breathing fresh life into a monarchy sometimes labelled stale and out of touch.

But even at the beginning of the relationship, Harry took the rare step of criticising the coverage of Meghan, citing "racial undertones of comment pieces and the outright sexism and racism of social media trolls and web article comments".

The tone of the news stories has since become increasingly hostile and tabloids have luxuriated in stories about Markle's fractured American family and rumours of palace rifts.

The couple came under heavy fire recently for their use of private jets, while publicly campaigning against climate change.

British singer Elton John, who was friends with Harry's mother, immediately jumped to the couple's defence.

AFP/File / Eric FEFERBERG Prince Harry blames the 1997 death of his mother Diana, Princess of Wales, on the media

"I feel a profound sense of obligation to protect Harry and his family from the unnecessary press intrusion that contributed to Diana's untimely death," he said.

Harry also blames the media for the death of his mother, whose car crashed at high speed in a Paris underpass as it was being pursued by a fleet of paparazzi on motorbikes.

"For these select media this is a game, and one that we have been unwilling to play from the start," he said.

"I lost my mother and now I watch my wife falling victim to the same powerful forces."

Media commentator Roy Greenslade, a former editor of the Daily Mirror, said it was a risky strategy to attack all the press for the actions of just one.

Tabloid power and influence was not what it was, he told BBC radio, adding: "Is he taking a sledgehammer to crack a nut here? I think he may well find this is counter-productive."