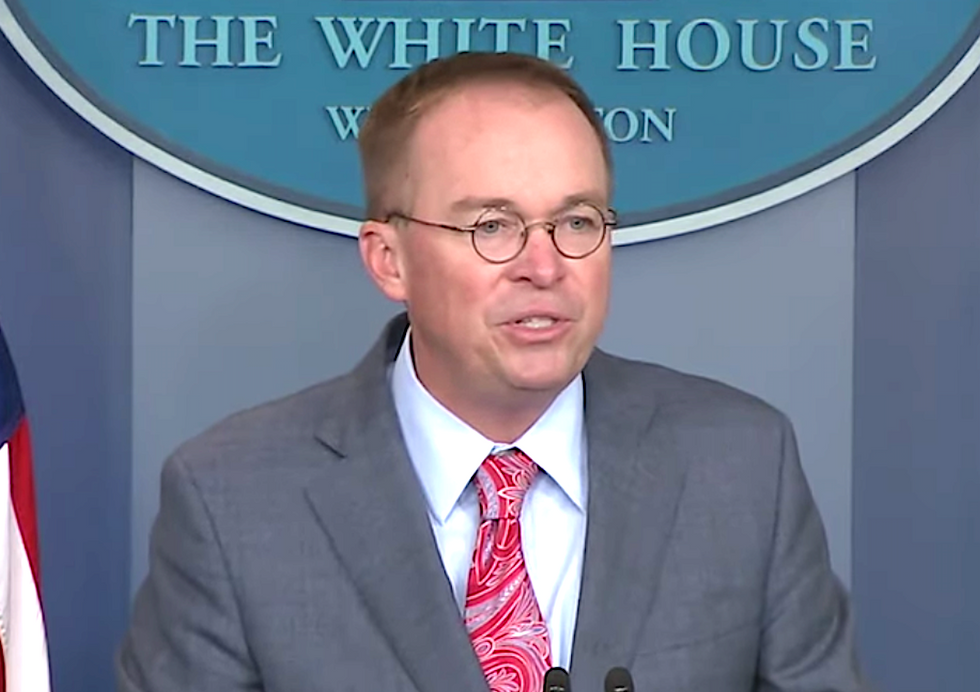 “The look back to what happened in 2016, certainly, was part of the things that he was worried about in corruption with that nation, and that is absolutely appropriate,” Mulvaney told ABC's Jonathan Karl. “We do it all the time with foreign policy.”

Unsurprisingly, Mulvaney's comments kicked off a firestorm of criticism on political Twitter. One person chiming in was former acting U.S. Solicitor General and Supreme Court litigator Neal Katyal, who tweeted that Mulvaney all but outright admitted that Trump has committed a clear impeachable offense.

This is the textbook definition of an impeachable offense, and the White House Chief of Staff has just admitted it. https://t.co/sF4tSVyqxR
— Neal Katyal (@Neal Katyal)1571333250.0

"This is the textbook definition of an impeachable offense, and the White House Chief of Staff has just admitted it," Katyal tweeted.

As Law & Crime pointed out, Trump's personal attorney, Jay Sekulow, attempted to distance the White House from Mulvaney's comments, telling CNN that Trump's legal team "was not involved in the Acting Chief of Staff’s press briefing."