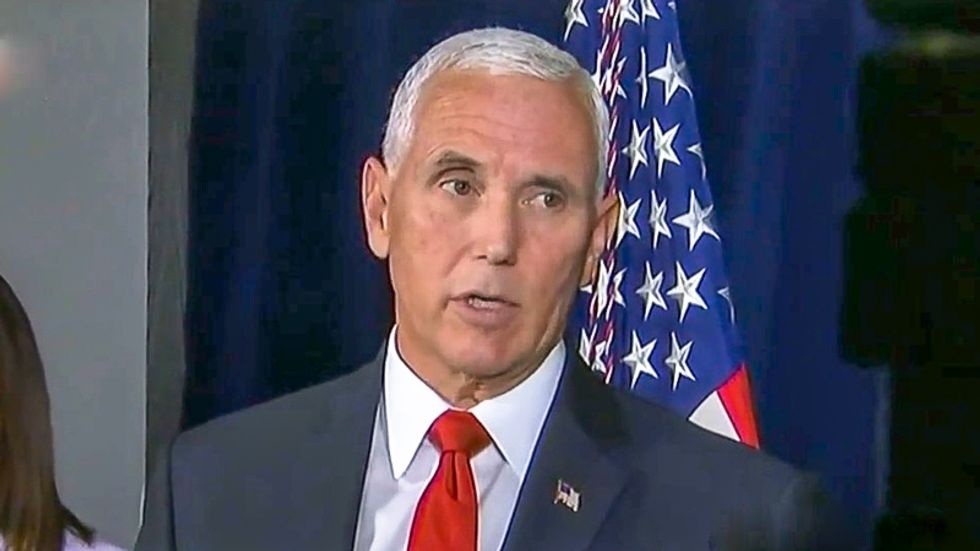 During an event in Arizona, Pence was asked if it was "appropriate" for Trump to ask Ukraine's president to investigate Democratic presidential candidate Joe Biden. Earlier on Thursday, Trump had also asked China to investigate Biden and his son.

"Is it appropriate, as the president did this morning and with a phone call to Ukraine, to ask foreign governments to investigate his political rivals? China, for example," a reporter said to Pence.

According to Pence, Joe Biden and his son are "worth looking into."

"And the president made it very clear that he believes our other nations around the world should look into it, as well," he continued. "The simple fact is, when you hold the second highest office in the land, it comes with unique responsibilities. Not just to be above impropriety but to be above the appearance of impropriety. There are legitimate questions that ought to be asked. We will continue to ask them because the American people have a right to know whether or not the vice president of United States or his family profited from his position."

Pence also insisted that there "was no quid pro quo" offered when Trump called the president of Ukraine.

"I think that’s what the American people would expect and anticipate but this is going to continue, to advance what we were elected to advance," he said. "That includes draining the swamp and demanding that our allies operate in an upright way, as well."

“The president was raising issues that were appropriate that were of genuine interest to the American people,” Pence said of the Ukraine call.