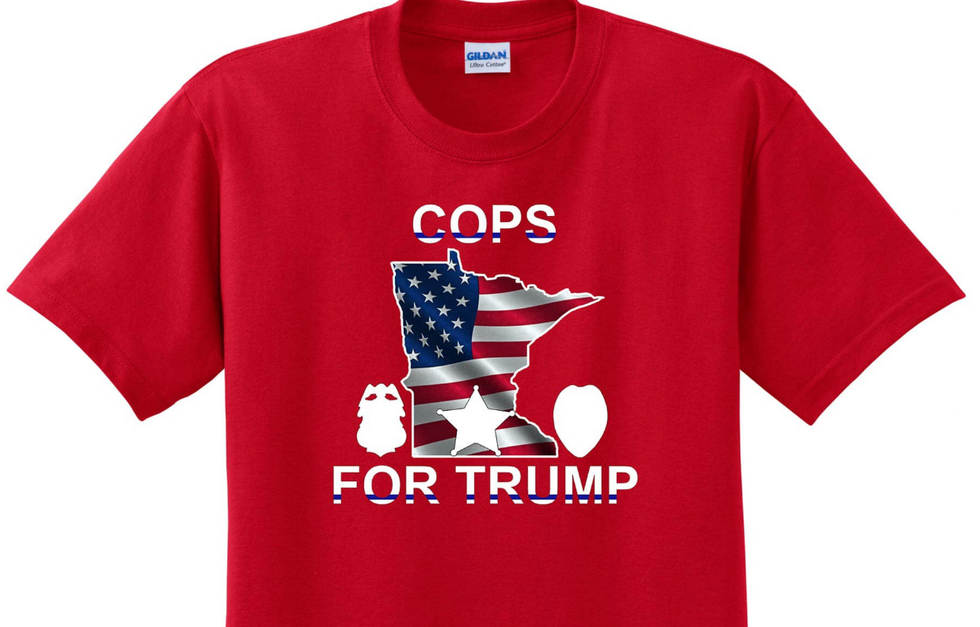 Just a day after the Minneapolis Police Department banned officers from wearing their uniforms while participating in political events, the Minneapolis police union is getting flak for coming out with a "Cops for Trump" T-shirt, the Star Tribune reports.

According to a post on union head Lt. Bob Kroll's Facebook page, the shirts are going on sale today for $20 each, and are seemingly a response to the department's new uniform policy.

“My members are outraged,” Kroll told Fox News on September 29. “A lot of them want to be there; they want to be in the backdrop, have an opportunity to meet him. He’s shown that he’s a very pro-law enforcement president.”

But according to Mayor Jacob Frey, the policy change has been in the works for a long time.

“Politics and the work of the Minneapolis Police Department are separate,” Frey told CBS Minnesota . “They are individuals within our department, certainly have a First Amendment right to support whichever party or whatever individual they choose.”

Nevertheless, Kroll says that he and his members will be at the Trump rally this Thursday to show their support for the President.

“We’re going to be there in full force, in T-shirts, letting people know that off-duty officers do have support for our president,” Kroll said.