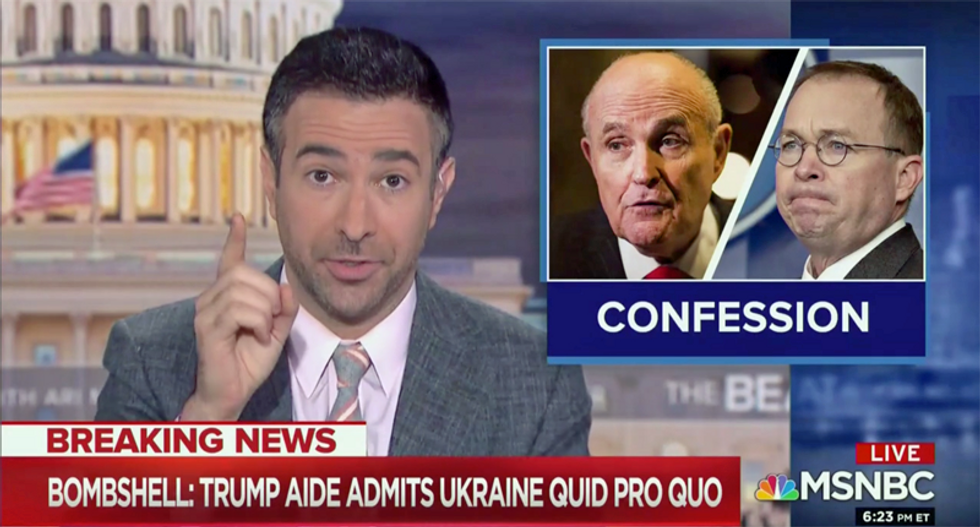 Ari Melber is host of “The Beat” on MSNBC (screengrab)

The host played a clip of Mulvaney speaking in the White House briefing room.

"Okay, let’s break this down. I’m show you exactly where Mulvaney basically owns himself, which is why since we’ve come on the air they put out a new statement walking this back. But what he said might be a much more accurate reflection of what happened than this new, lawyered statement. Listen closely to that key point from Mulvaney. Take a listen," he said, replaying part of the clip.

"The president gets to set foreign policy and gets to choose who to do so. As long as it doesn’t violate any law," Mulvaney said.

"As long as he doesn’t violate any law. That’s a big caveat," Melber noted.

"It’s the center of the impeachment probe’s inquiry, whether Trump did something illegal or unconstitutional, withholding aid to a foreign country that was, of course, appropriated by Congress, for his own political gain," he reminded.