National security advisor says he would never stifle Trump's military 'genius': 'It's not my job to say no' 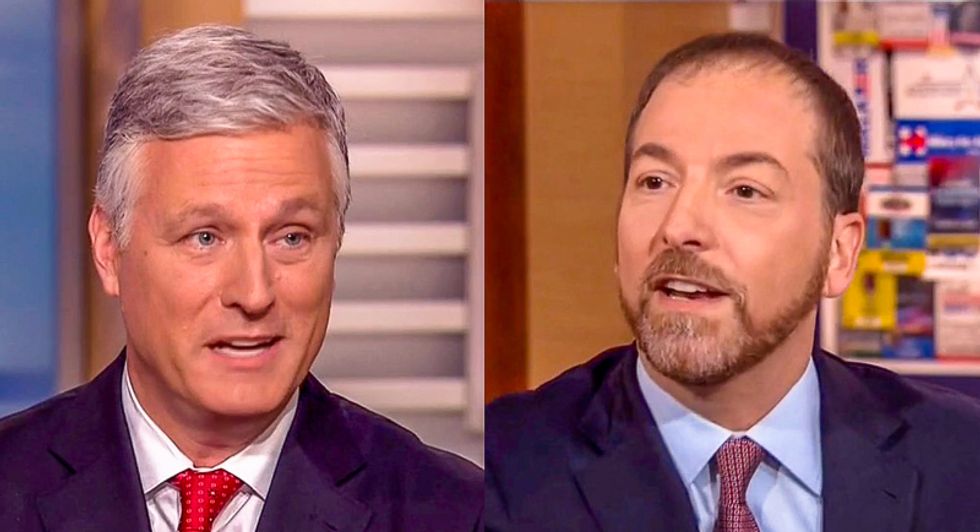 President Donald Trump's newest national security advisor, Robert O'Brien, explained on Sunday that his job does not include saying no to his boss.

"Are you comfortable to say no to him?" Todd asked.

Todd was taken aback: "You believe it's not your..."

"I wasn't elected president," O'Brien interrupted. "It's my job to make sure he gets the very best options and advice from his cabinet secretaries and advisers. It's my job to give him my best advice."

Over the weekend, the White House press secretary described Trump as a genius who is smarter than his staff.

Watch the video clip below from NBC News.

Former President Donald Trump has been served a wrongful death lawsuit from the longtime partner of Capitol Police Officer Brian Sicknick, who died a day after the Capitol riot, WUSA9 reports.

The lawsuit accuses Trump and his allies of spreading disinformation and inflammatory rhetoric that helped spark the riot on Jan. 6, 2021, which Sandra Garza alleges led to the death of Sicknick. A medical examiner found that Sicknick died of natural causes. However, the U.S. Capitol Police released a statement saying that the medical examiner's finding "does not change the fact Officer Sicknick died in the line of duty, courageously defending Congress and the Capitol."