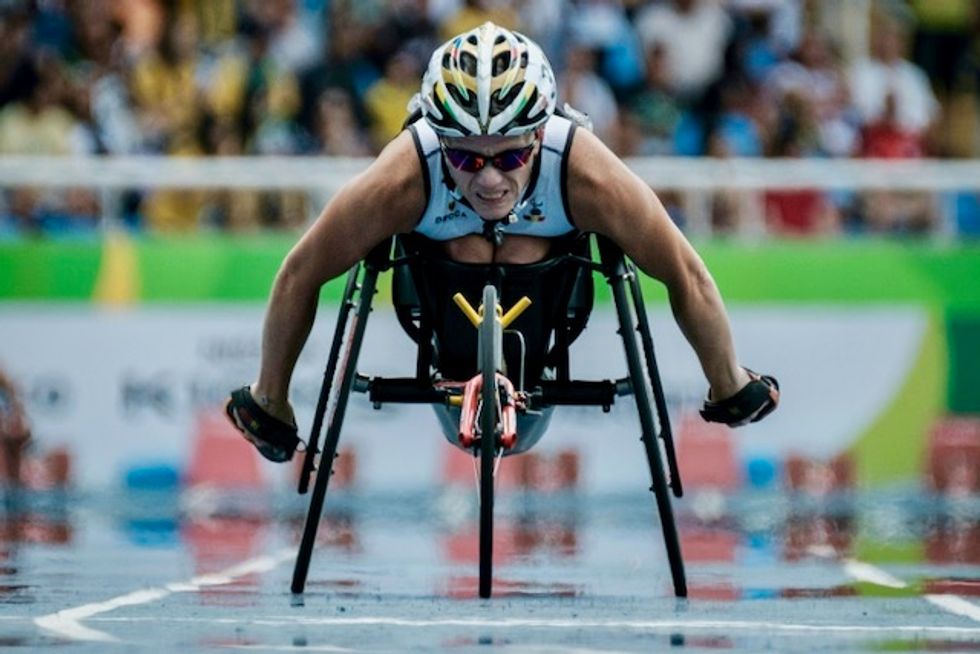 Belgian Paralympic champion Marieke Vervoort ended her life through euthanasia at the age of 40 on Tuesday, Belgian media reported.

Euthanasia is legal in Belgium and the spiky-haired athlete announced her intentions after the Rio Games in 2016 to follow that path if her degenerative condition worsened her suffering.

But she said at the time that sport had given her a reason to keep living.

"I'm still enjoying every little moment. When the moment comes when I have more bad days than good days, then I have my euthanasia papers, but the time is not there yet," she told a news conference during the 2016 Paralympic Games.

Vervoort suffered a degenerative muscle disease that caused constant pain, paralysis in her legs and left her barely able to sleep, and gradually her life became torture.

She was just 14 years old when diagnosed but Vervoort pursued a sporting life with passion -- playing wheelchair basketball, swimming and racing in triathlons.

AFP/File / YASUYOSHI CHIBA Vervoort with her 400m silver in Rio

By then her eyesight had deteriorated and she suffered from epileptic attacks, and she said that Rio would be her last competition.

"After the Paralympic Games, when I quit, I'm going to enjoy every little moment in my life and I'm going to put more energy in my family and friends, which I couldn't do with top sports because I had to train every day," she said in 2016.

Vervoort signed the paperwork to be euthanised back in 2008.

She said in Rio that access to legal assisted dying had given her the courage to continue living for as long as she had, and insisted the practice should not be characterised as "murder".

"It gives a feeling of rest to people," she said then.

"If I hadn't gotten those (euthanasia) papers I think I would already have committed suicide because it's very hard to live with so much pain and suffering and this unsureness.

"I know when it's enough for me, I have those papers."