Pompeo warns of 'Russian bots' and 'Chinese bribes' in the Balkans 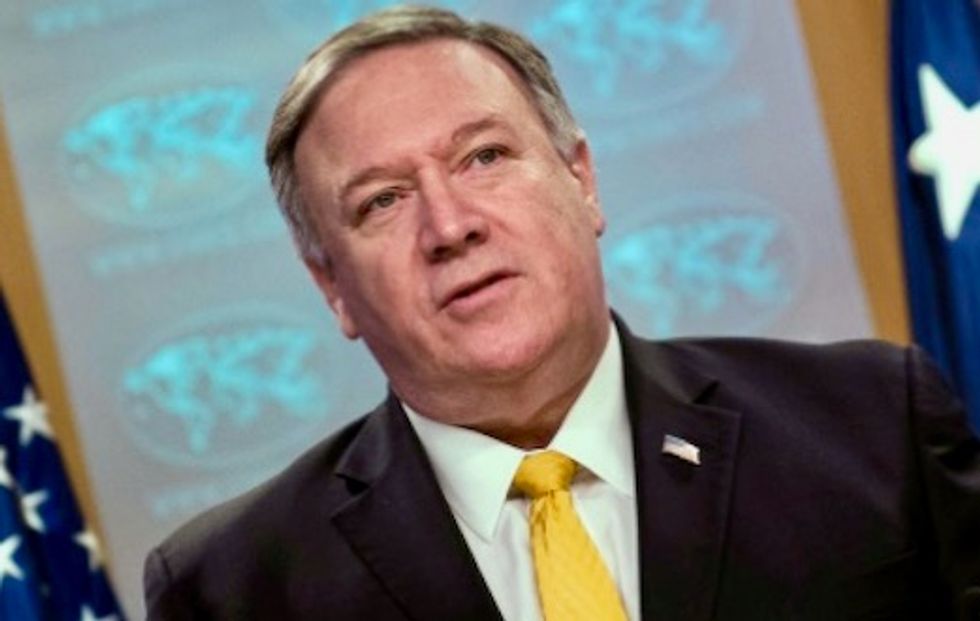 US Secretary of State Mike Pompeo in May AFP/File

US Secretary of State Mike Pompeo warned against the "malign" influence of Russian trolls and Chinese investment during a brief tour through the Western Balkans on Friday.

Washington frequently accuses Moscow of meddling in the region that sits the outskirts of the European Union.

China has also become a target for US ire because of its growing investment in the Balkans, even if the EU remains the dominant economic force.

Speaking in North Macedonia after an earlier visit to Montenegro, Pompeo warned that the country must "take firm measures to resist and defend against malign influences."

"The hearts and minds of North Macedonia citizens should guide your country forward, not Russian bots and trolls on social media," he said at a press conference in the city of Ohrid.

Pompeo also warned against "the risks of Chinese investment and sensitive technologies," including "China's bribe-heavy strategy for infrastructure deals".

The EU accounts for more than 70 percent of overall direct investment in Western Balkans, far above the one percent contributed by China, according to European Commission figures.

But Beijing has in the past six years leapt forward in infrastructure-related spending, rivalling the sums spent by the EU.

The massive concessional loans used to fund the building sprees have drawn criticism in Brussels and Washington, who warn the poor Balkan countries are at risk of falling into a debt trap.

Balkan leaders however often say their are too desperate to update their crumbling infrastructure to be picky about the funder.

Pompeo did not take questions during his press conferences, despite huge scrutiny following him amid the ongoing impeachment inquiry in Washington.

The top diplomat recently confirmed he was on the now infamous telephone call when US President Donald Trump pressed Ukraine for information about his potential Democratic rival, Joe Biden.

Pompeo himself has been subpoenaed by the Congressional committees carrying out the impeachment investigation for documents relating to the Ukraine scandal.