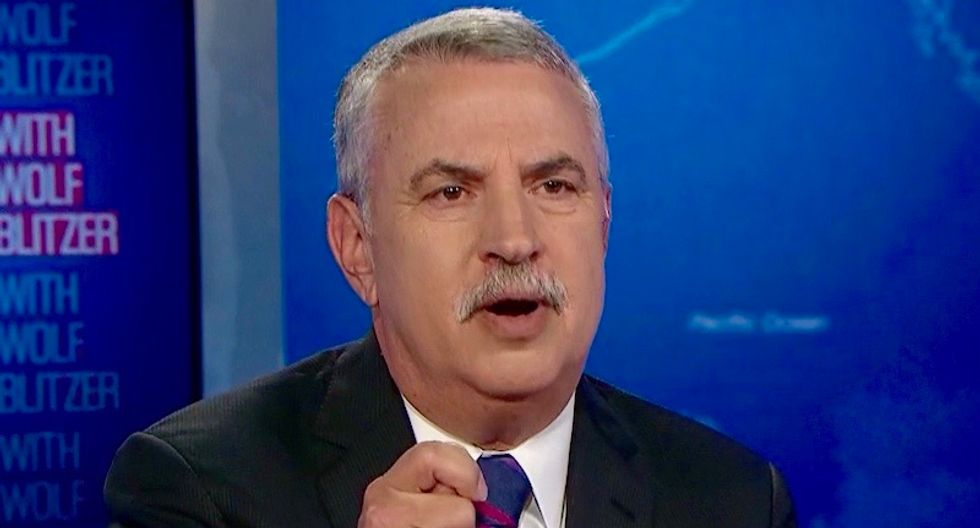 On Wednesday's edition of CNN's "The Situation Room," New York Times columnist Thomas Friedman laid into President Donald Trump and his administration's flimsy and unbelievable claims about the abridged transcript of the call with Ukrainian President Volodymyr Zelensky.

"If you go through it on several points, there are ellipses," said anchor Wolf Blitzer. "'Biden went around bragging that he stopped the prosecution, so if you can look into it — dot, dot, dot — it sounds horrible to me. So we don't know what's in the dot, dot, dot.' Another point, 'I would like you to find out what happened with this whole situation with Ukraine. They say CrowdStrike, dot, dot, dot, I guess, you have one of your wealthy people, dot, dot, dot. The server, they say Ukraine has it.'"

"Now, as you know, in this whole operation, Col. Vindman, a decorated U.S. Army officer who serves on the National Security Council, who speaks Ukrainian and Russian, he says that those dot, dot, dots eliminated certain very sensitive points," continued Blitzer. "He says Trump told Selensky there were tapes of Biden. Zelensky mentioned Burisma, the natural gas company. So who do you believe? Do you believe the Lt. Col. Vindman, who says he wanted to insert some of those missing words in the transcript? Or do you believe the president's press secretary, just released a statement, Stephanie Grisham, who said, 'what we can confirm is that he never suggested filling in any words at any points where ellipses appear in the transcript.' The media is reporting that Vindman proposed filling in words that were missing in areas where ellipses were shown in the transcript. This is false.'"

"I wouldn't believe her if she told me it was dark outside right now, Wolf," said Friedman. "The president has lied at every juncture of this story. He told us early on that the whistleblower, his analysis of the conversation was completely wrong. It turns out to be exactly right. And as you've reported, every single witness has confirmed what the whistleblower said. And you can assume that Vindman was taking notes, as he's listening. He's obviously got those notes. He went to him with them and someone obviously turned this down. These are people, they lie as they breathe, really. The president. Every other word out of his mouth. Did she appear in public?"

"That's really courageous," snorted Friedman. "And so none of them, hey, come on out. Let us question you about this. Everything is a blast from the White House, picked up by Fox News, which is very happy to cater to all of these conspiracy theories and the truth will come out. We'll find all of this out."