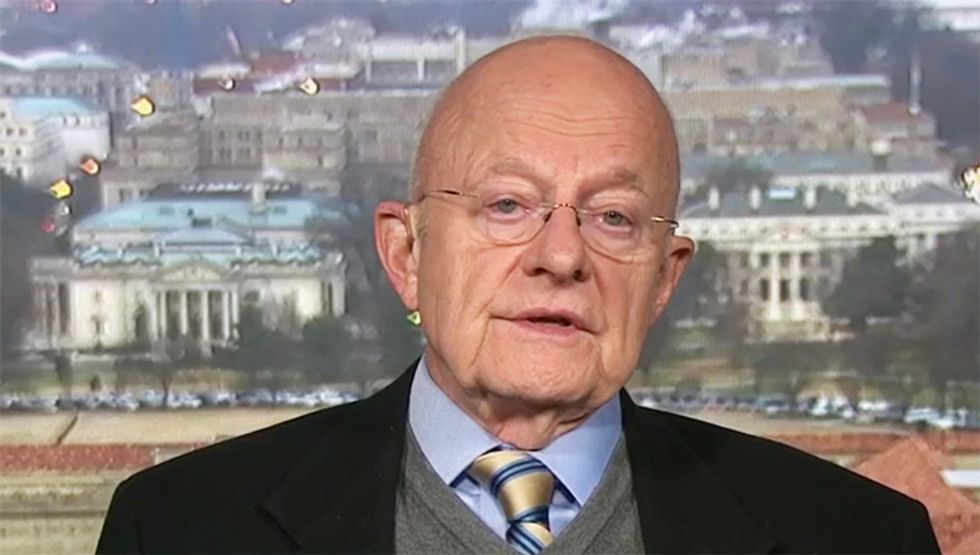 When asked by Harlow for his opinion of what Taylor will tell the House Intelligence Committee, Clapper responded that he can't imagine it will be helpful to the president.

"I think it's pretty damning already, just based on the revelation of the text exchanges that Ambassador Taylor was part of," Clapper said, referring to messages in which Taylor said it was "crazy" for the Trump administration to hold back military aid to Ukraine for political purposes. "So, I don't know how he can walk those back."

Clapper then said that he would be surprised if Taylor at all contradicted any of the other damning testimony about Trump's machinations with Ukraine that have been given by other witnesses.

"I think what he will say is corroborative, in other words, supportive of previous testimonies and what we already know from the whistleblower complaint itself, as well as the memo of the conversation published by the White House of the actual phone call between the president and President Zelensky of Ukraine," he explained.