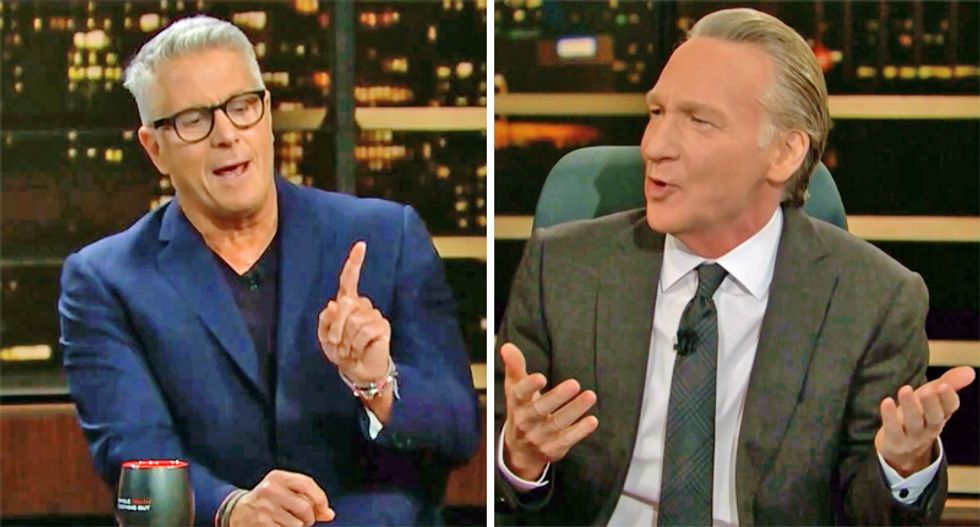 "Is this what the attorney general of the United States is supposed to be doing?" he asked.

"You and I could end up in jail really easily," Donnie Deutsch said.

"We're not that far from that," he warned.

"When I eat it, I get paranoid and that's what I think about," Maher explained.

Friday from Bob Brigham on Vimeo.