Reporter nails Lindsey Graham: You were a prosecutor – would you have allowed a witness to speak in public? 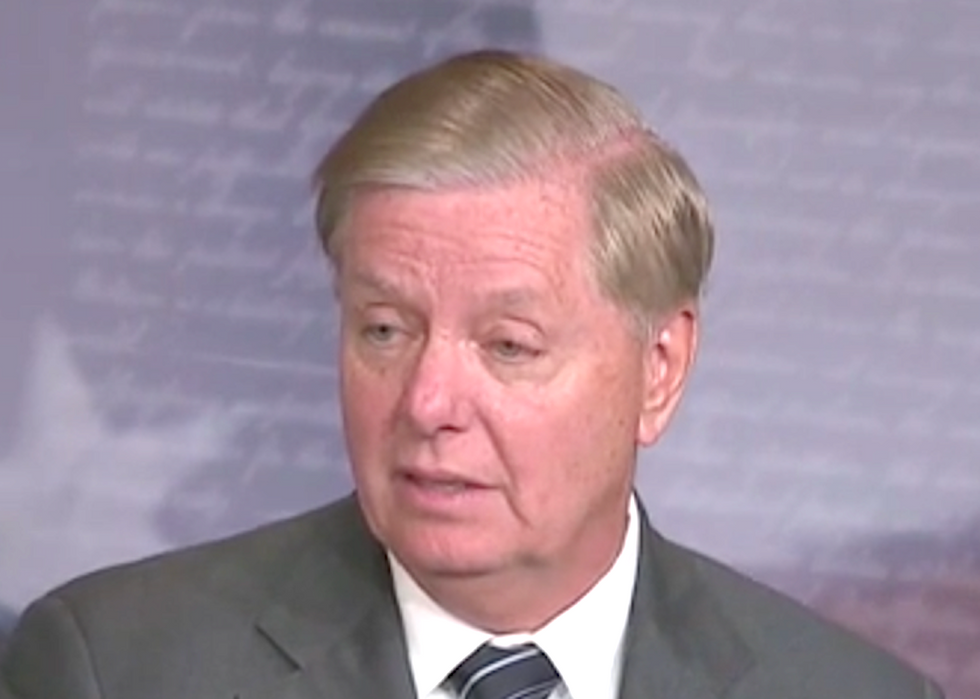 During a press conference this Thursday, Lindsey Graham (R-SC) was questioned by a reporter over Republicans' claims of a lack of transparency in regards to closed-door hearings held by House Democrats in their impeachment inquiry.

"You were a prosecutor, sir," White House correspondent Andrew Feinberg said. "Would you have ever conducted an investigation in which your witnesses were allowed to speak in public and give other witnesses the opportunity to [align their testimony]?

"That’s actually a very good point," Graham replied. "During the whole Mueller investigation, I backed off calling a lot of key witnesses because I didn’t want to get in his lane. I am being asked by folks out in the Republican world, why don’t you call Adam Schiff? Well, I think that would do a lot of damage to the country for a senator to call member of the house -- you have a speech and debate problem -- but if you think Adam Schiff is a fact witness, why isn't Donald Trump a fact witness? The point is, that's not a process that I think will withstand scrutiny. Durham is looking at potential misconduct about things that happened in 2016, particularly involving the Ukraine..."

"But this isn't about 2016, Senator," Feinberg interjected. "This is about what the President has been doing with Ukraine along with his personal lawyer and the Justice Department has declined to investigate that. So, there's no prosecutor looking into it, so the House has to do the job of a prosecutor."