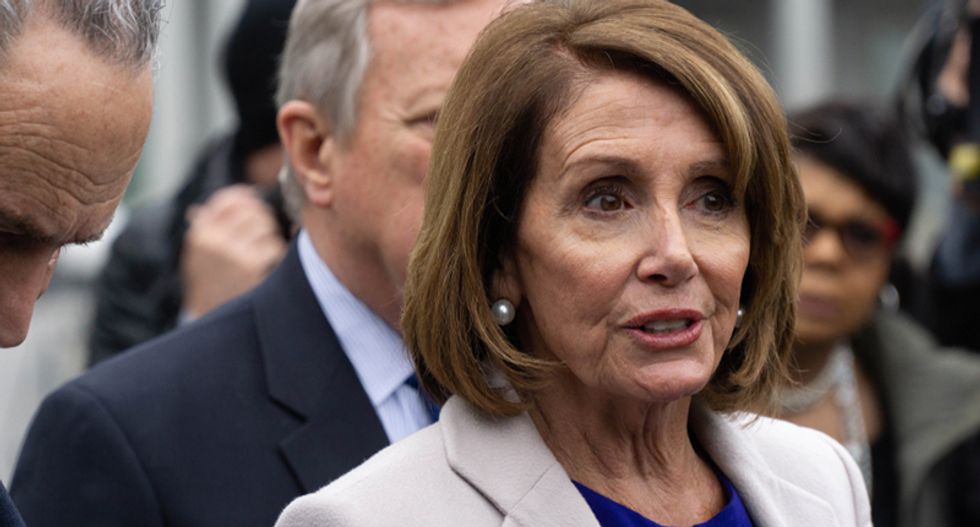 According to House Speaker Nancy Pelosi, President Donald Trump was "shaken up" by the realization that Republicans are criticizing him over his huge mistake in Syria.

"It comes at a very difficult time for him," said Pelosi outside the White House meeting. "Earlier today the House of Representatives voted what, 354-60 in opposition to the actions that he has taken in Syria. It calls upon the president to urgently use exercise with restraint and for us to have a humanitarian assistant to some of the Kurdish children being killed there, and reaching support."

Most importantly, however, the bill mandated a clear plan from the president on how to handle ISIS. Just last week, Trump made a unilateral decision to betray the Kurdish people and allow Turkey to bomb them. According to reports, the decision stemmed from Trump's desire to get off the phone.

Support from Republicans for the bill was so disarming to the president that it seemed to prompt another presidential meltdown.

"It's probably getting to the president because he was shaken up by it," Pelosi said. "And that is why we continued in the meeting, but he was just not relating to the reality. Again, we are proud of our men and women in uniform. Those who have been in Syria have conducted themselves in a way that makes us very proud."

"I pray for the president all the time...I pray for the safety and that of his family," Pelosi also said. "Now we have to pray for his health—because this was a very serious meltdown."

Watch her statement below: