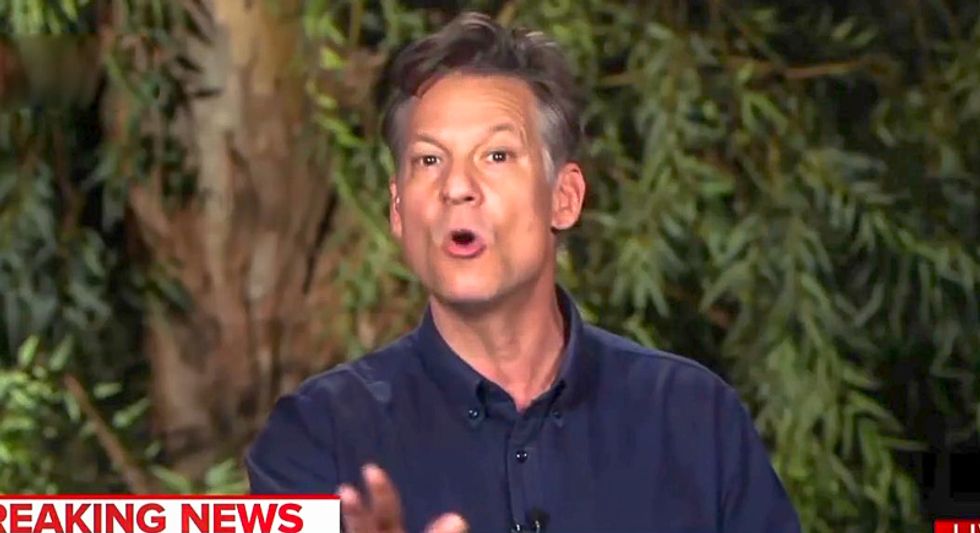 NBC correspondent Richard Engel on Wednesday lashed out at President Donald Trump for portraying the Middle East as "sand and blood" to "confuse" Americans about the U.S. retreat from Syria.

In a statement from the White House on Thursday, the president announced that he was lifting all sanctions on Turkey after President Recep Tayyip Erdoğan promised to enact a "permanent" ceasefire against the Kurds.

“Let someone else fight over this long bloodstained sand,” the president said. At another point, he described the Middle East as "tribal."

"Ethnic cleansing is a crime against humanity," the correspondent explained. "By witnessing it, by being in a position to stop it but being order not to stop it, [U.S. special forces] could open themselves up to accusations that they were even aiding and abetting.'

He continued: "This was a very specific mission that was to fight against ISIS with a very small number of elite U.S. special operations forces. They were working, they had captured and killed tens of thousands of ISIS fighters. And then abruptly, for reasons that maybe we’ll know one day, President Trump has this call with Erdoğan and he decides to let Erdoğan, let Turkey invade and blow up the entire project."

Engel noted that Trump was wrong to expect a few special forces to stay behind to takeover oilfields in the area.

"I don’t think he has any idea of what these special operations forces do," Engel explained. "They don’t go around with buckets and pick up oil and fly them in helicopters back to the United States. They hunt down ISIS fighters. They do very specific missions. They look for hostages. That’s what they’ve been doing here."

Engel also blasted the president for stereotyping the Middle East to "confuse" Americans.

"President Trump was trying to confuse the whole American people who think that the Middle East is a big just giant war zone, sand and blood," he observed. "And he’s dwelling on these memories that people have, angry memories about Iraq, when you had lots of young men and women, hundreds of thousands of them cycling through Iraq and Afghanistan."

"This is not that," Engel insisted. "This was a specific counter-ISIS operation that was working. And what the world is going to see is the United States betrayed an ally. That is the only message that will be received out of this internationally. And that Vladimir Putin sticks with his friends."