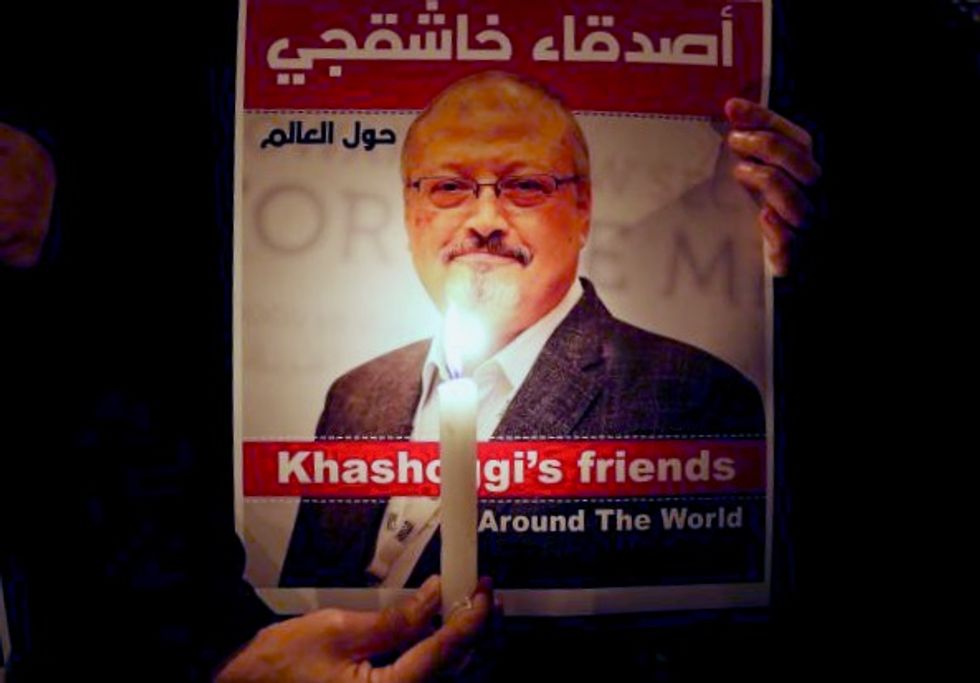 Saudi operatives suspected of killing the journalist Jamal Khashoggi at the country's Istanbul consulate were heard joking and talking about dismemberment before his arrival, according to secret tapes heard by UN investigators.

Helena Kennedy, a British lawyer assisting the UN probe into Khashoggi's death, said recordings she had heard from inside the kingdom's mission in Turkey referred to the Saudi critic as a "sacrificial animal."

"There was a discussion about 'will the body and the hips fit into a bag this way'?", she told BBC television's Panorama documentary program broadcast on Monday night.

But the global fallout from the killing rendered him a pariah.

Kennedy said Turkish bugs in the Saudi consulate picked up a forensic pathologist suspected of cutting up Khashoggi's body as saying, "I often play music when I'm cutting cadavers. Sometimes I have a coffee and a cigar at hand."

The pathologist also says, "'It's the first time in my life that I've had to cut pieces on the ground -- even if you are a butcher and want to cut, he hangs the animal up to do so'," she added.

"They speak about waiting for Khashoggi to arrive and they say, 'Has the sacrificial animal arrived?'. You could hear them laughing, it's a chilling business."

Turkey handed over 45 minutes of recordings to the United Nations in order for them to investigate the incident.

Khashoggi visited the consulate to secure the divorce papers needed to marry his fiancee but did not make it out alive.

"There's a point where you can hear Khashoggi moving from a man who is being a confident person, towards a sense of fear, a sense of rising anxiety, rising terror and then knowing something fatal is going to happen," said Kennedy.

UN special rapporteur Agnes Callamard, who also heard the tapes, said Khashoggi asked his suspected killers, "Are you going to give me an injection?", to which they replied 'yes'."

She added: "The sound heard after that point indicates that he is being suffocated, probably with a plastic bag over his head."

Shortly afterwards, Kennedy said the recording picked up someone saying, "he's a dog, put this on his head, wrap it, wrap it."

"One can only assume that they had removed his head," she explained.