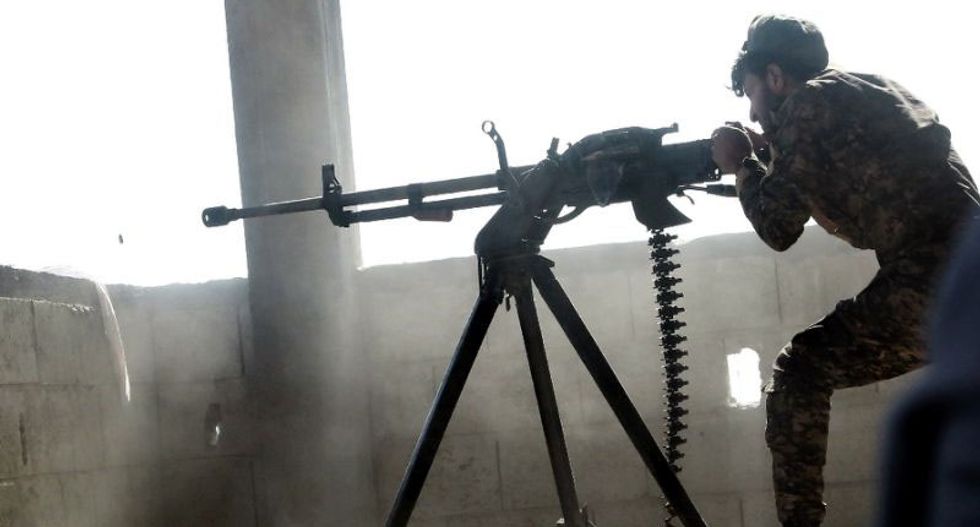 "I just spoke to a distraught US Special Forces soldier who is among the 1000 or so US troops in Syria tonight who is serving alongside the SDF Kurdish forces," Griffin tweeted Wednesday evening.

She also said that it was one of the hardest phone calls she's ever taken.

"I am ashamed for the first time in my career," the soldier told her. "Turkey is not doing what it agreed to. It's horrible."

According to Griffin, this soldier has helped train local forces on the ground in multiple continents. Tonight, he is on the ground "witnessing Turkish atrocities."

Turkey has been after the Kurds since the late 1970s, before most of the soldiers in the military were even born. The U.S. worked with the Kurds to fight back against ISIS in Syria, but now they're facing attacks from another foe entirely. Already, civilians are dead at the hands of Turkey's attacks.

He explained to Griffin that the Kurds "are as close to Western thinking in the Middle East as anyone."

Despite knowing the U.S. was supposed to be pulling out and Turkey was on its way to bomb them, the Kurdish people stayed to ensure someone was guarding ISIS prisoners, the soldier told Griffin.

"They prevented a prison break last night without us," the soldier said. "They are not abandoning our side (yet)."

But they are "pleading for our support." but the U.S. is doing "nothing." He said that he anticipates the ISIS fighters will likely be "free in the coming days and weeks."

He was surprised that Trump made that decision Sunday, he said.

"The Kurds are sticking by us. No other partner I have ever dealt with would stand by us," he closed.