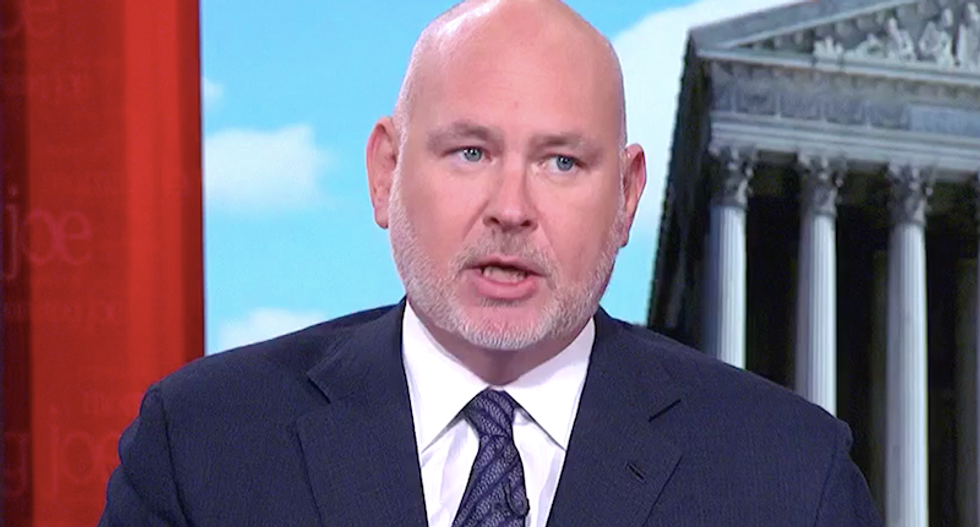 On Monday's edition of MSNBC's "Morning Joe," former George W. Bush and John McCain adviser Steve Schmidt laid into President Donald Trump's "corruption," warning that it is undermining the foundations of the rule of law.

"And the descent from the American republic into banana republic territory with all of this stuff has just been so stunningly fast, and the lack of outrage by elected members of Congress properly exercising their constitutional oversight responsibilities is just alarming," Schmidt continued.

Schmidt warned that Trump will feel "empowered" to continue abusing the powers of the presidency to enrich his family businesses as long as GOP lawmakers are unwilling to allow any kind of accountability.