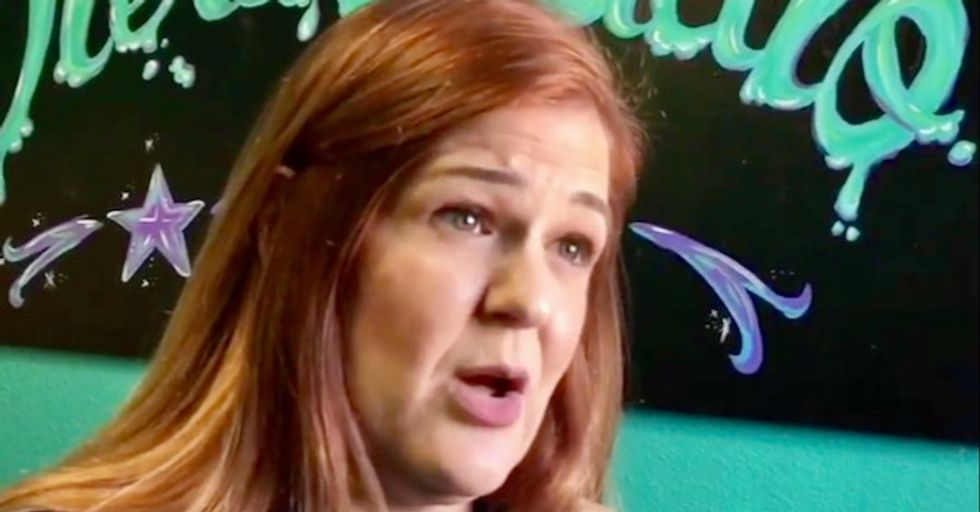 A private Christian school in Florida that receives taxpayer funding for school vouchers has forced out one of its teachers, she says, because she is gay.

Monica Toro Lisciandro says Covenant Christian School in Palm Bay, Florida not only parted ways with her after she acknowledged she is gay when school administrators asked her, but her students were told her "morals" did not line up with the schools, Lisciandro says.

The school questioned Lisciandro, who teaches theater, after someone called to report saying they had seen her at a pride event.

"Lisciandro said the assistant principal told her the school received word that Lisciandro was in a relationship with a woman, she had attended a pride festival, and she hosted an LGBTQ group in her studio," Florida Today reports.

"Well, it's true," she told the assistant principal.

"I want kids to see me and know that you can be a Christian and you can be gay," Lisciandro tells Florida today (video below). "You can be gay, you can teach at a Christian school. You don't have to feel shame about who you love, or who you are, or how you were born to be."

Covenant Christian School has come under fire recently after reports found the school's handbook says students can be expelled for being gay. Florida offers no protections for LGBTQ employees, and faith-based schools and workplaces are often exempt from laws that protect LGBTQ people. That handbook has since been removed from the school's website.

The school also blamed her for leaving.

"I am sorry to say that for personal reasons, Mrs. Lisciandro is not able to continue teaching our musical theater class. We are aggressively pursuing another teacher to finish the class and (direct) our play, and I will keep you posted," Head of School Lorne Wenzel wrote in an email sent to parents.

Covenant Christian participates in the State of Florida's school voucher program. That program has come under fire for its anti-LGBTQ policies. One opinion writer, citing the school's policy of expelling students who are gay, observed, "the line separating church from state has been crossed."

Those vouchers help offset the school's tuition. Fees and tuition combined can reach over $8600 per year per student. The school also asks for a voluntary "faith pledge," or donation, of around $500 per family.