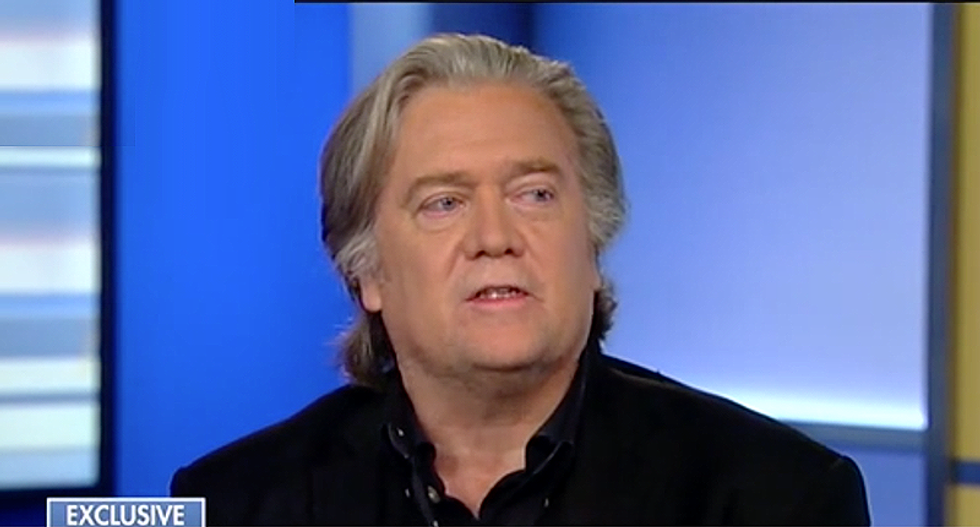 On Thursday's edition of CNN's "Anderson Cooper 360," former Trump strategist Steve Bannon attempted to defend the president for trying to extort dirt on former Vice President Joe Biden from the President of Ukraine. And it did not go well.

"In general, is it okay for a president, any president to ask a foreign leader of a country fighting a war against our adversaries in need of aid to do a political favor and investigate his political opponent and hold aid over it?" countered Cooper.

"This is where your premise is wrong," said Bannon. "Number one, one of the things that started this was 'Secret Empires,' the book that Peter Schweizer did. This is where Biden and Mitch McConnell and others talked about where they get their money from. And Biden — hold on, and China and Ukraine, and the issues were when he was vice president. I don't buy the assumption — see you have this premise that it's about a political opponent. What they're investigating is the corruption—"

"And he talked about the conspiracy theory. The CrowdStrike and the server being in Ukraine," said Cooper.

"But you haven't addressed what I just said which is he's talking about a conspiracy theory and Joe Biden," said Cooper.

"Ernst & Young says Ukraine is one of the most corrupt countries in world," said Bannon. "No earthly idea, and that's what this process is about."

"We do have a lot of earthy idea about who is corrupting Ukraine," shot back Cooper. "Because we have diplomats working on it because that's been U.S. policy. And the president cannot name any other Ukrainian official who's corrupt who he wants investigated? The only one he can name is Joe Biden?"