The Midwest's economy is 'faltering' -- just over a year before Trump faces re-election: Wall Street Journal 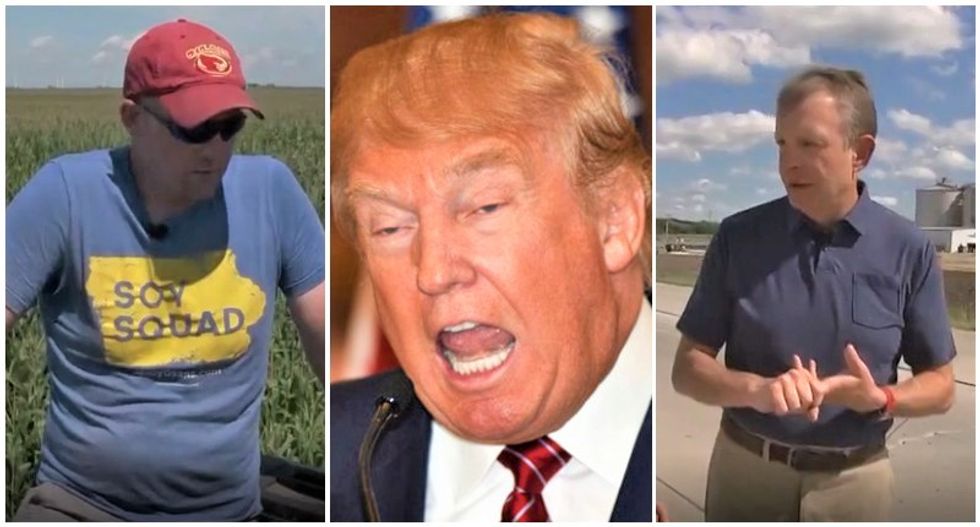 While impeachment is the most immediate danger facing President Donald Trump, the state of the economy is also looking increasingly worrisome.

The Wall Street Journal reports that President Donald Trump's trade war is still hammering the economy in the Midwestern United States, as both agricultural and manufacturing industries are feeling the pinch from tariffs imposed as retaliatory measures by China.

"Regional economic indicators suggest that the financial health of the Midwest is waning," reports the Journal. "One heartbeat of the Midwestern economy, farming, has been under serious pressure throughout the spring and summer. Agricultural exports to China have plummeted over the past two years, particularly soybeans."

The result of this is that farmers' loan delinquencies and bankruptcies are rising heading just a little over a year before the president is up for reelection next year.

And the economic pain being felt by farmers is now spreading out to other sectors of the Midwestern economy as well.

"The Federal Reserve Bank of Chicago tracks nonfarm business activity in five states—Iowa, Indiana, Illinois, Michigan, and Wisconsin—through its Midwest Economy Index. The index was in negative territory for the fifth straight month in August, the Chicago Fed said Monday," WSJ reports. "Readings below zero indicate that growth is less than the historical average rate. The July reading, at minus 0.37, was the worst since early 2010."